Although I am uploading this blog post a few days after this particular travel day, I did write this on the day.  It has just taken me a while to share.

Now this morning…I can’t remember what I did this morning.  Ah…that’s right.  I woke at 5:15 of my own accord.  I tried to go back to sleep but I couldn’t.  Harry woke around 5:30am.  Cecily tried to settle him back to sleep.  Seeing as I was awake I grabbed my photography gear and headed down to Avoca Beach.  When I arrived there were two other photographers there.  I sat and looked at the conditions for a few minutes.  I had wanted to get a photo of the light hitting the large tree’s lining the beach, but the conditions were not going to deliver that today.  There was fairly thick cloud on the horizon with a bit of a break a bit higher.  There were a few surfers out and I used the rock pool as a bit of foreground interest as well as a wave.  Anyway, I took two film frames (as I left my digital camera battery at the cabin – first time I’ve done that !) and then came home.

We packed up and got on our way.  There was a small delay though…I dropped the unit keys down the side of the car between the seat and the centre compartment!  It took us about 5 minutes to get them out.  We managed to use a map to poke them down and then had to get them from underneath the seat after taking the pram off the back seat. 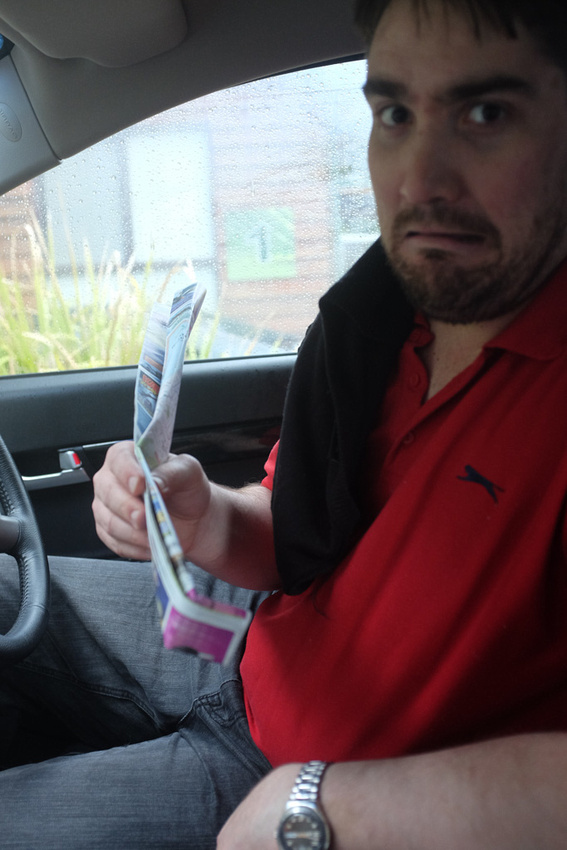 Anyway…we headed south toward Sydney.  We managed to navigate through Sydney without a wrong turn!  An added bonus was Harry slept for over 1 hour 20 minutes!  This is the longest he has slept in the car the whole trip.  From Sydney, we headed to the Grand Pacific Drive which goes over the Sea Cliff Bridge.  Before that though we ventured up to a lookout to have morning tea.  When we arrived there it was rainy so we had morning tea in the car. 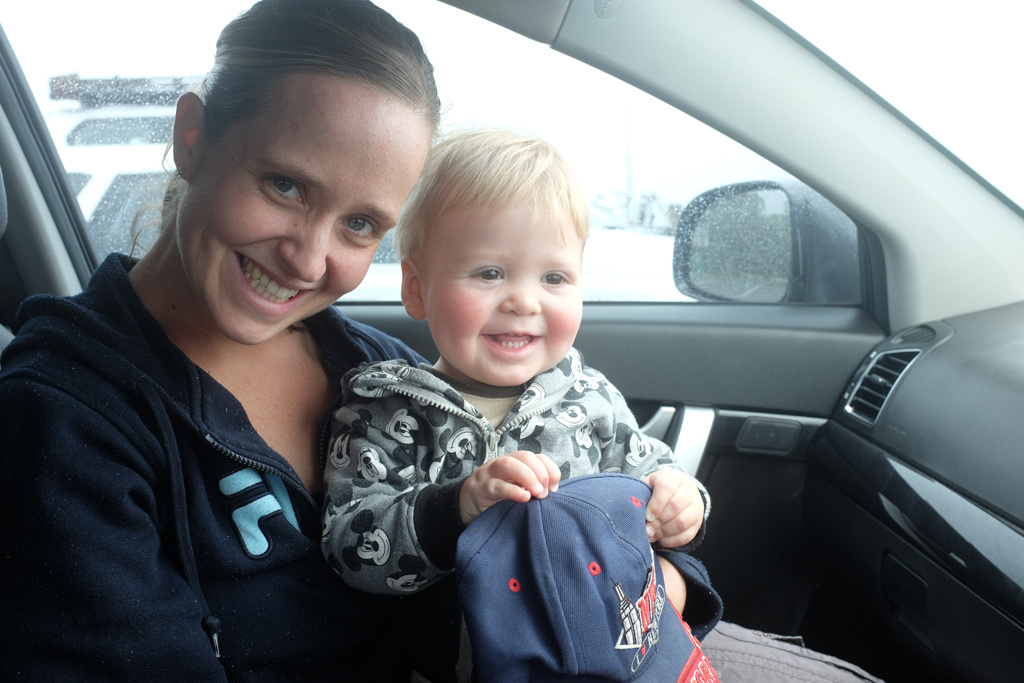 By the time we had finished it had cleared up and this was the view. 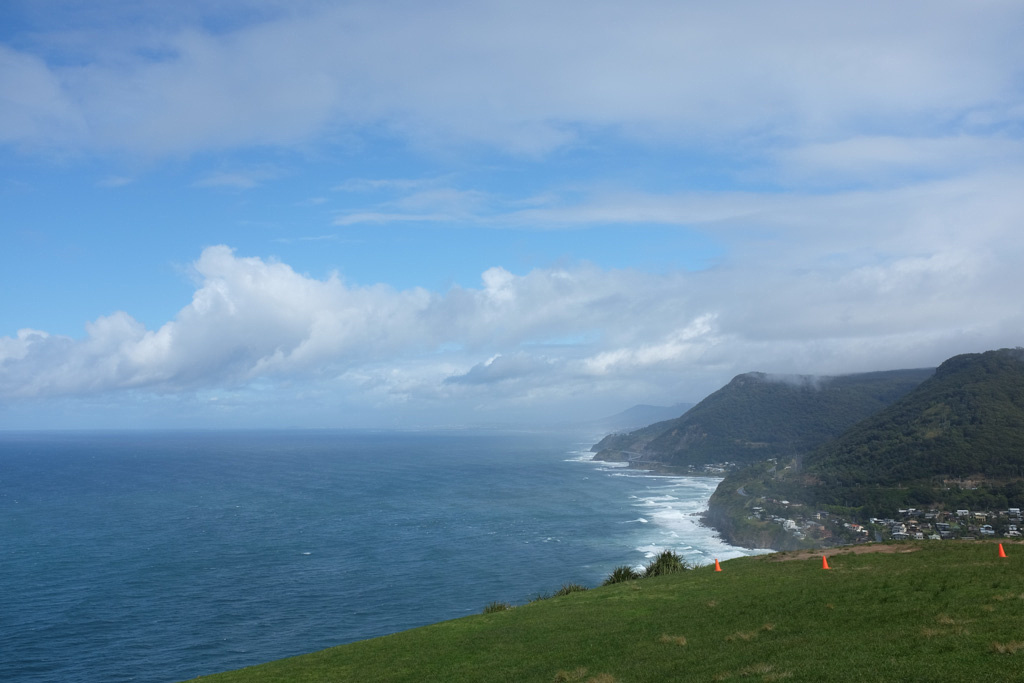 Here are a few shots of as we traveled over the bridge. 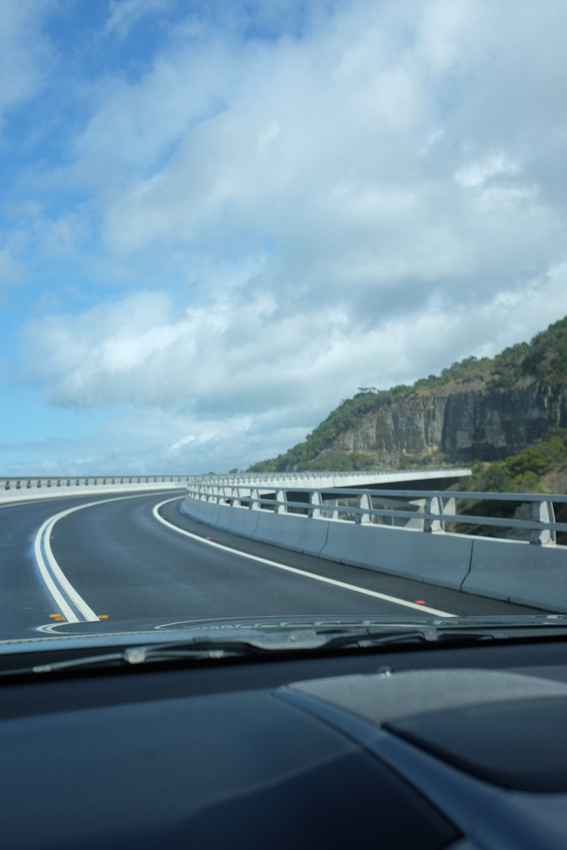 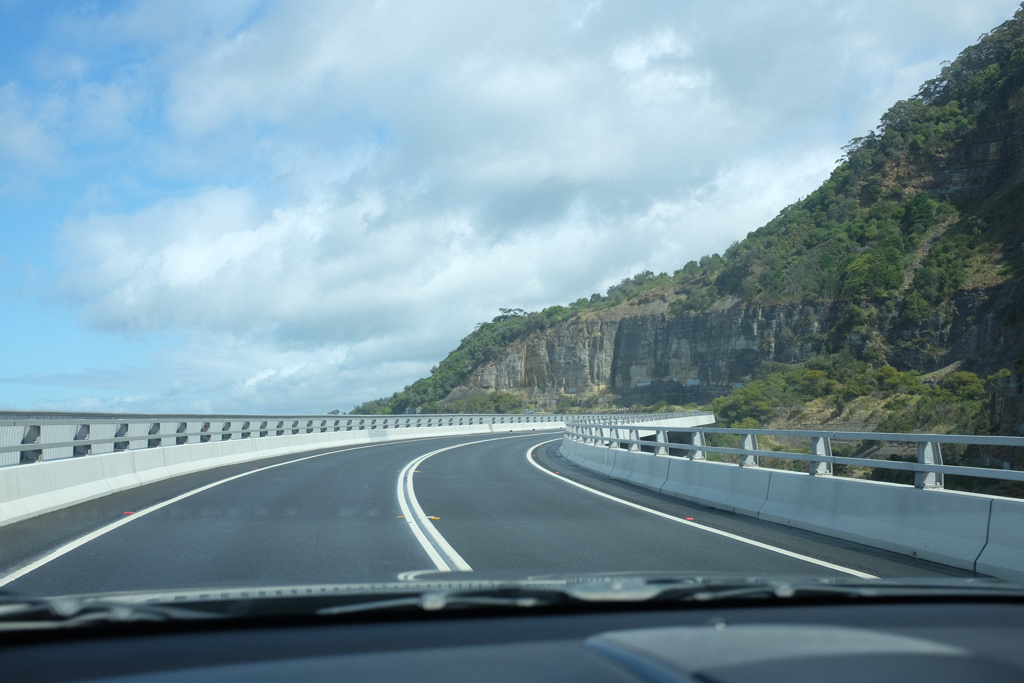 We continued south toward Kiama, our destination for the next couple of days.  When we arrived we got a pie each from the bakery (unbeknown to us that there exists Kiama Pie Shop).  We sat and ate.  At the same time Harry wanted to run around and play so we took it in turns playing with H while the other ate. 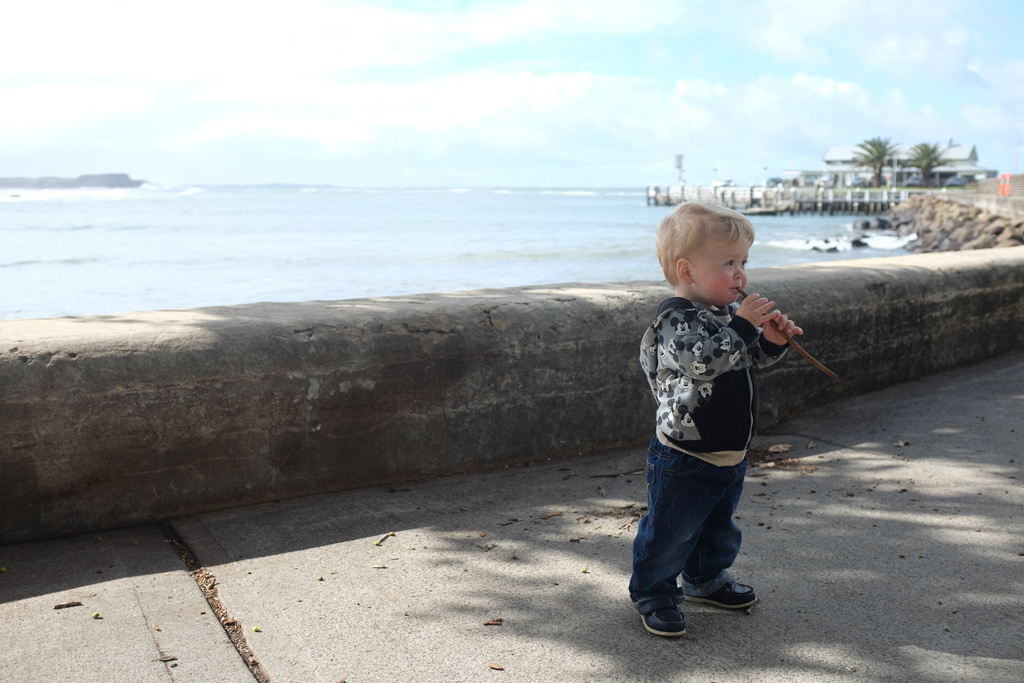 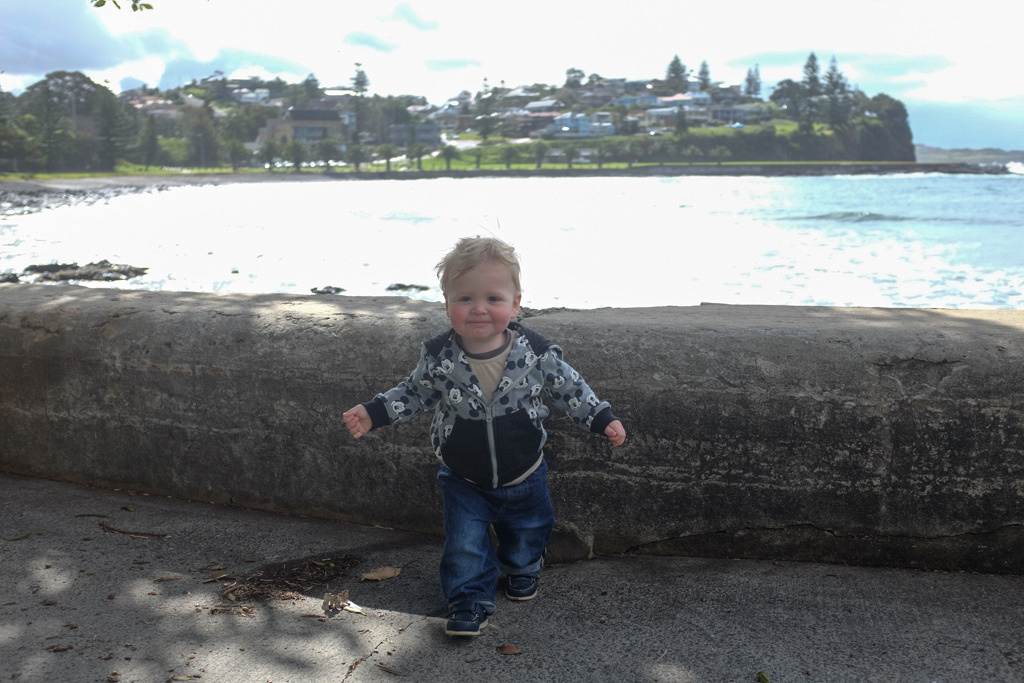 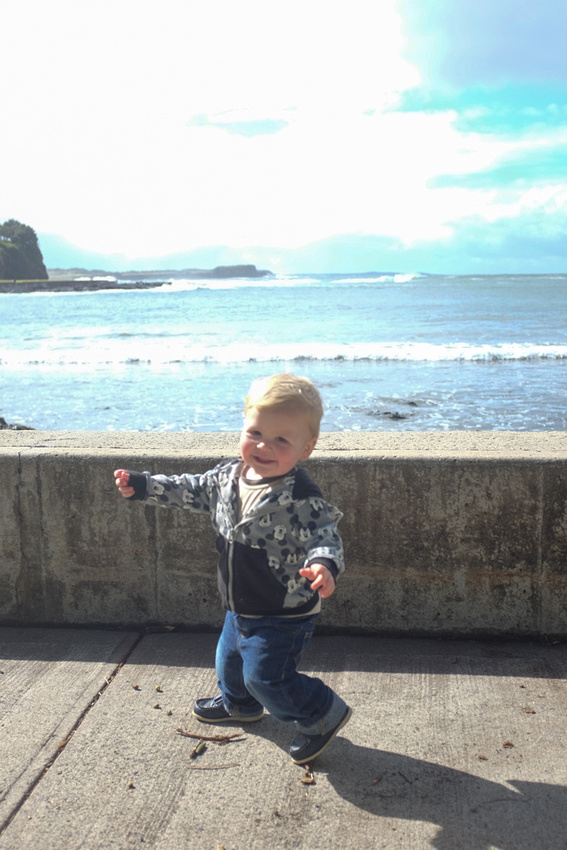 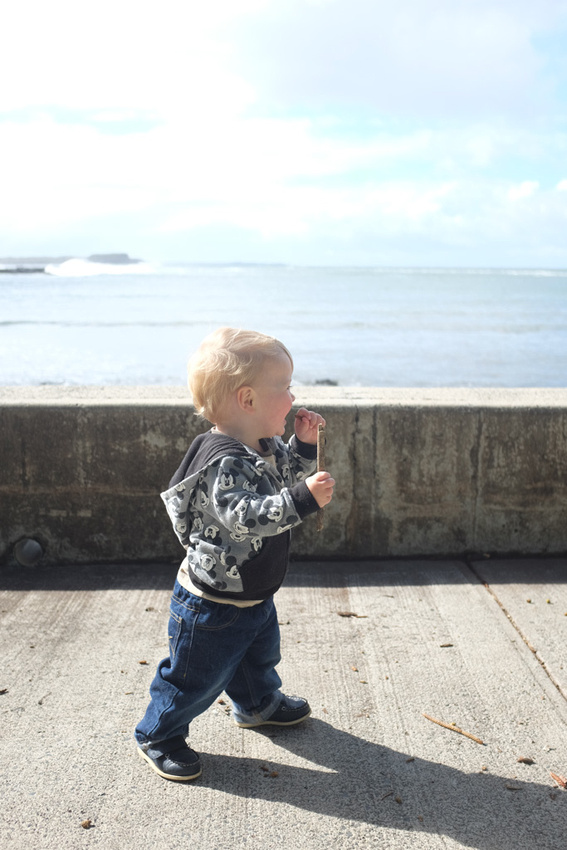 As we headed to our accommodation we noticed a rainbow so we pulled over and took a few photos. 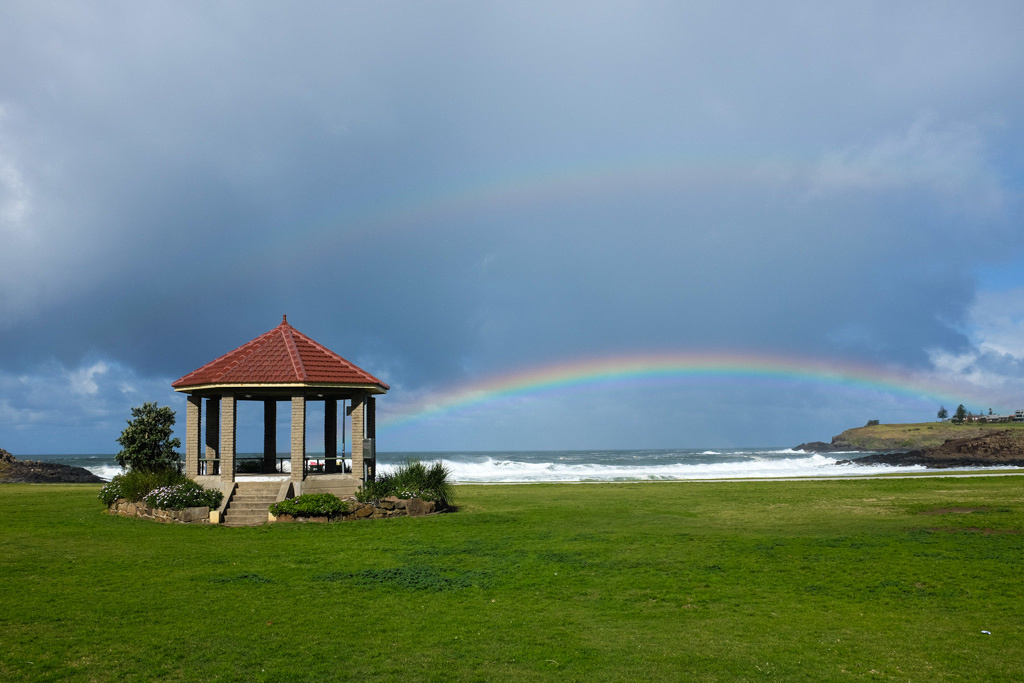 We unpacked at our accommodation and then headed out.  I wanted to check out Cathedral Rocks and Bombo Quarry as potential places for photograph in the morning.  We headed there and the seas were quite rough!  Given this I think it best if I don’t head there.  Just before we left Bombo Quarry another rainbow appeared as you looked across to Kiama.  Cecily grabbed a few shots on the X100S while I frantically tried to load some film.  Unfortunately I was too slow.

We then headed to Kiama blowhole. 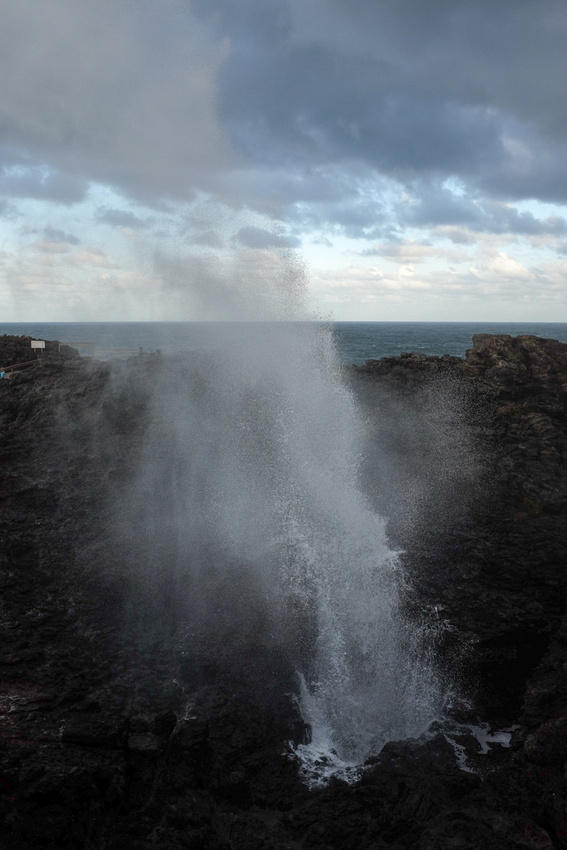 We then walked round Kiama taking a few photos before getting some dinner and taking it back to the unit to eat. 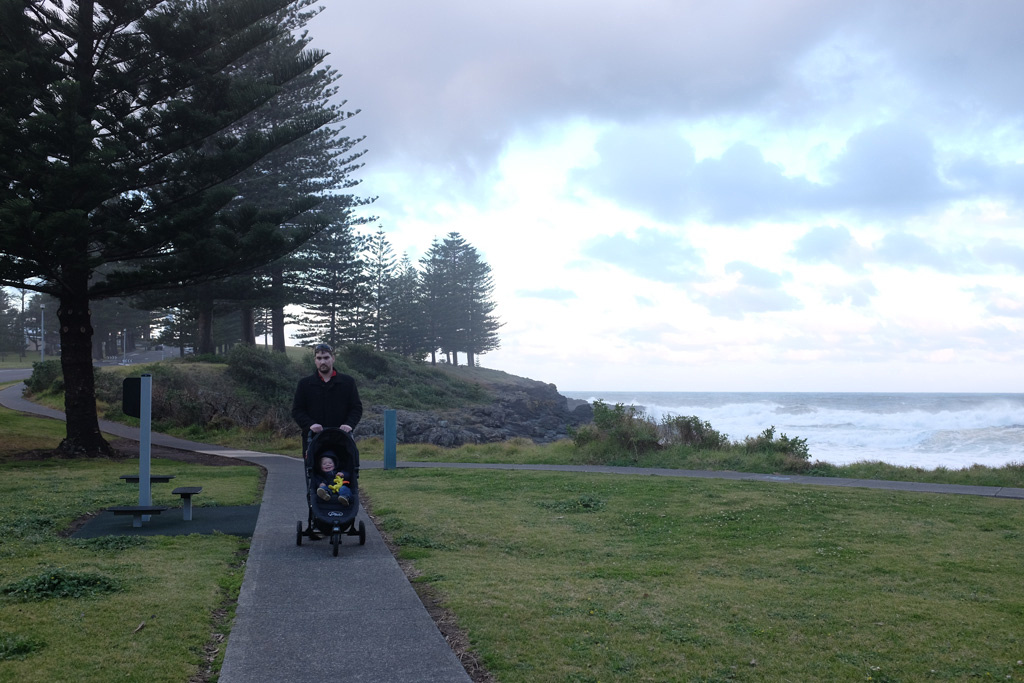 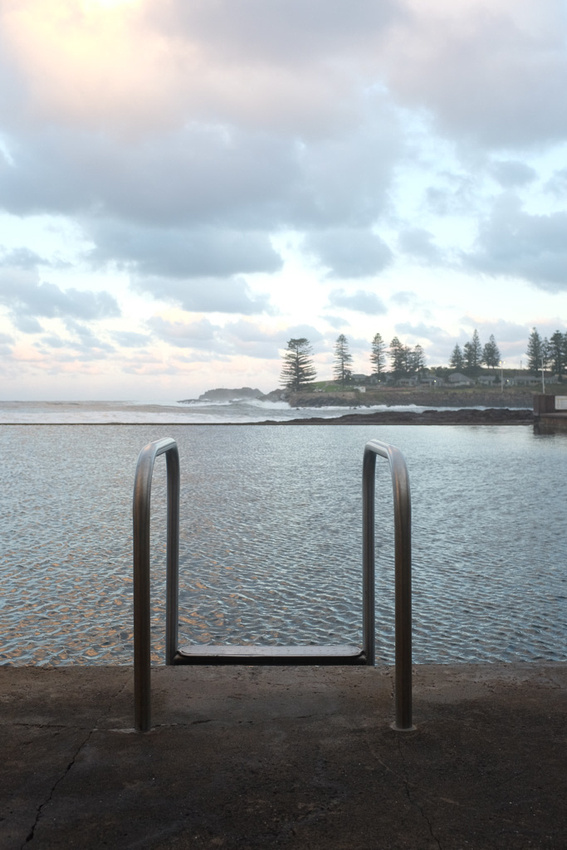 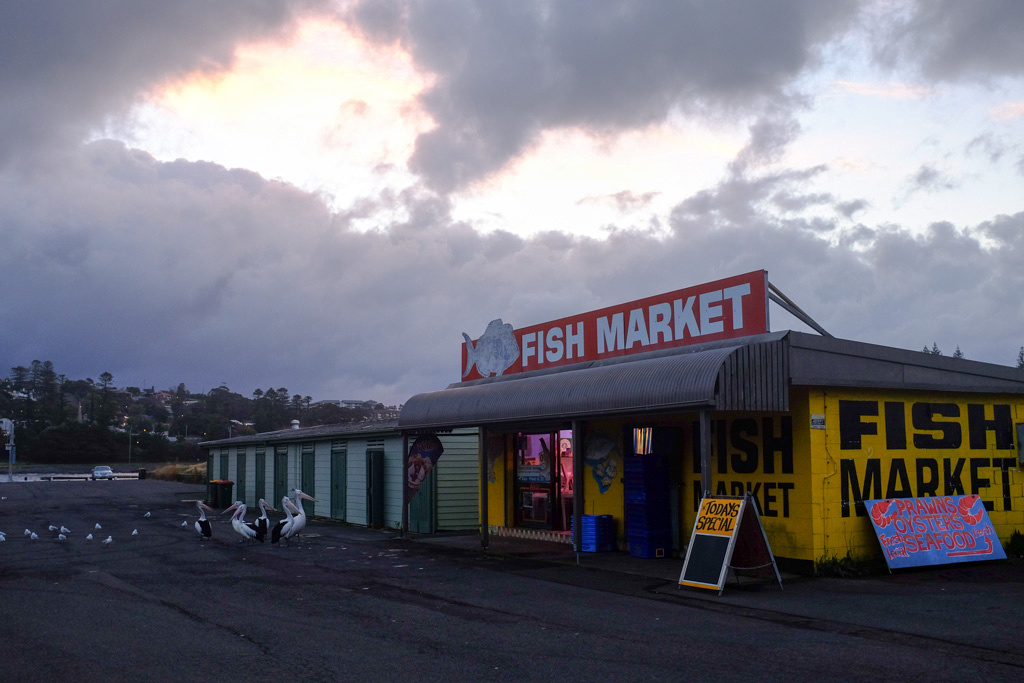 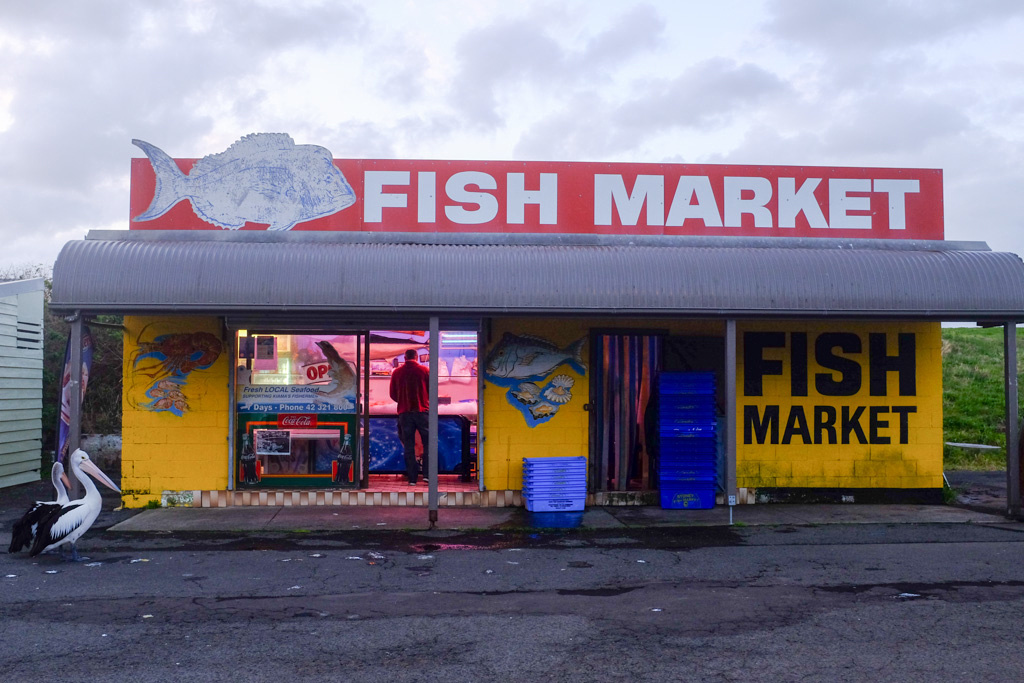 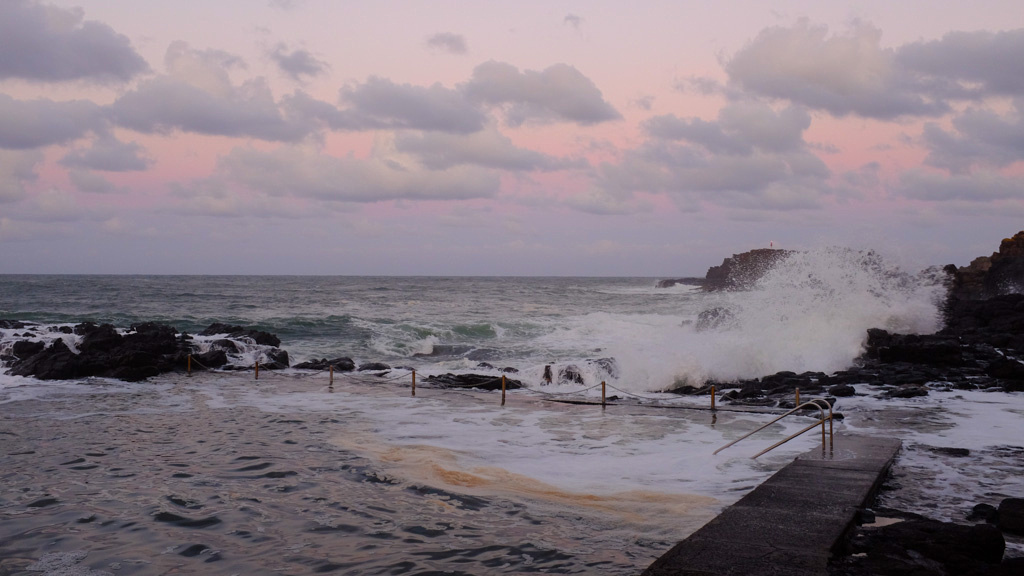