Today started with waking up to the sound of rain…again!  I decided to head out to photograph anyway.  I headed to The Skillion at Terrigal again as I wanted to get some seascapes from there on film.  When I arrived it was not raining but it was too dark for any photography.  I waited in the car…and it started raining…and raining…and raining!  It did not relent!  It was quite heavy.  I sat there watching a fairly nice sunrise with no opportunity to photograph as it was so wet!  I thought I’d try to take a few shots in the wet…but after opening my door for 1 second and getting drenched I decided against that idea.  I got one of Cecilys waterproof jackets (that just happened to be in the car) and put it over my head and fired off a few digital shots from the car park.  Other than that I took a few shots out of the windscreen. 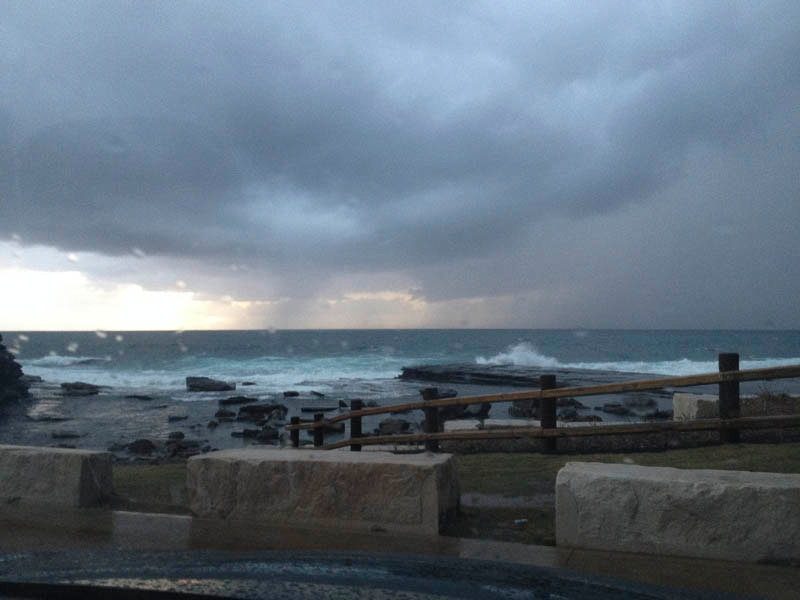 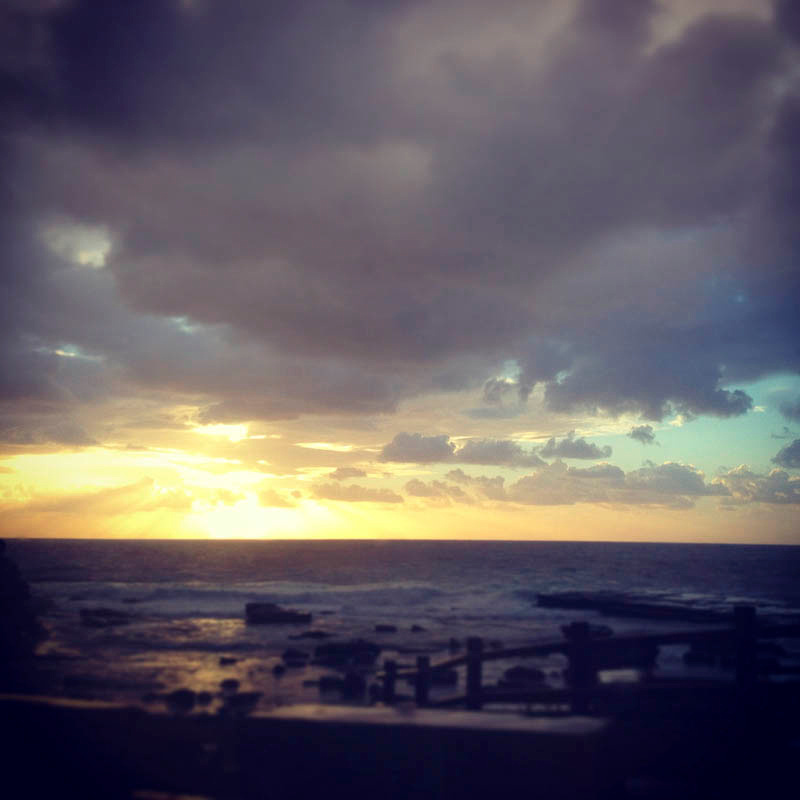 I got home, had breakfast (just porridge this morning) and then got ready.  Harry wore a photography shirt. J 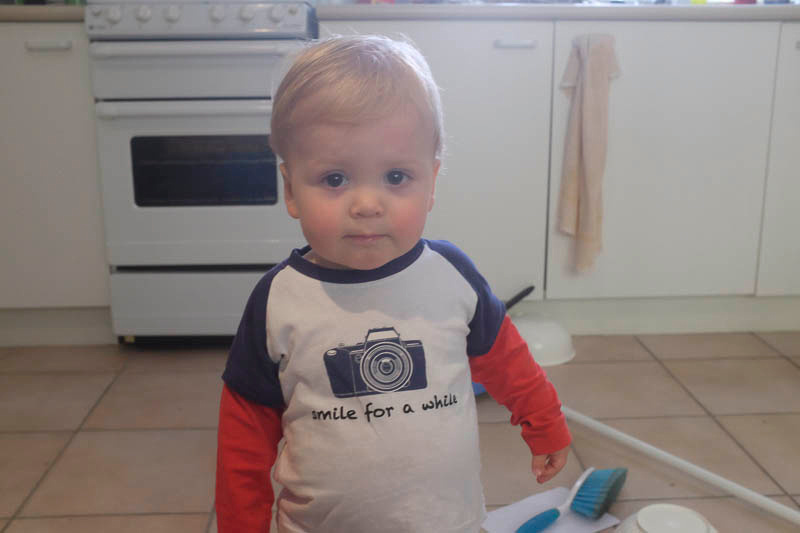 We headed to Avoca beach.  The surf there was huge!  There were a few surfers who were braving the massive swell. 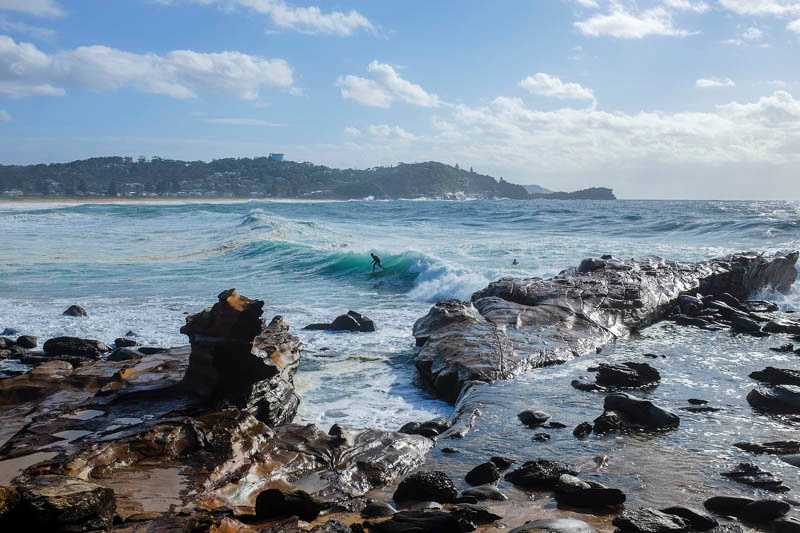 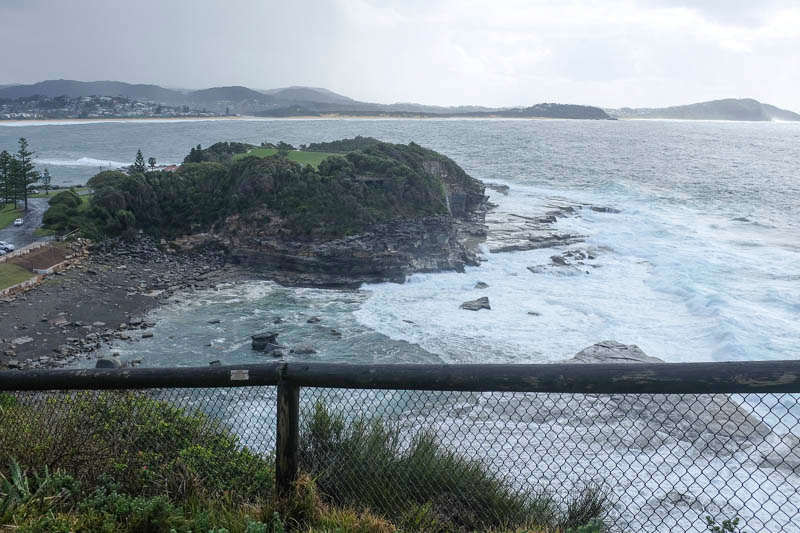 We drove back to the beach at Terrigal and sat and had morning tea overlooking the beach. 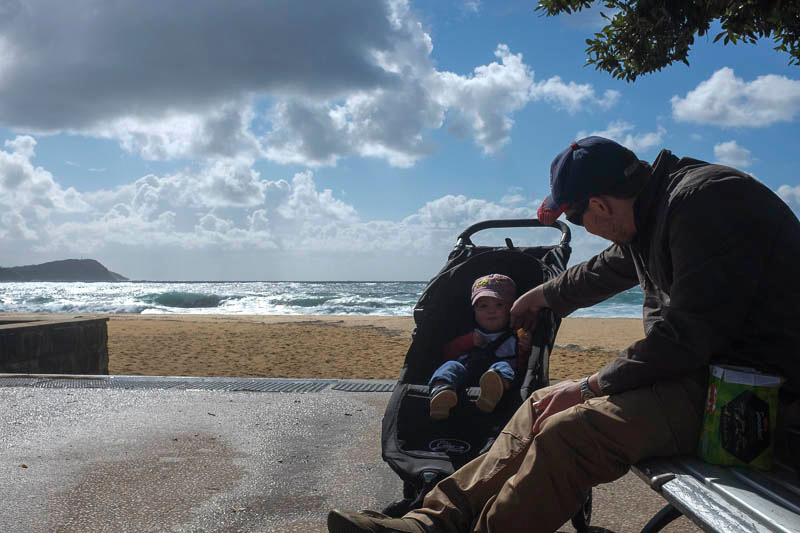 We then went and had a look at the shops.  We headed home and had some lunch.  After a busy few days we decided to just stay at home in the afternoon.  This was a good decision as I was feeling quite off.  I think I may have picked up some food poisoning as I spent most of the afternoon laying down in bed or in the bathroom.  I am feeling much better now.  It is kind of ironic though that the afternoon we stayed at home was probably the most blue sky we’ve seen all trip!

While I was feeling sorry for myself and trying to rest, Cecily took H to the play equipment at the caravan park.  During a 10 minute period of feeling OK I went and visited them.  Harry loved watching Cecily play on this digger! 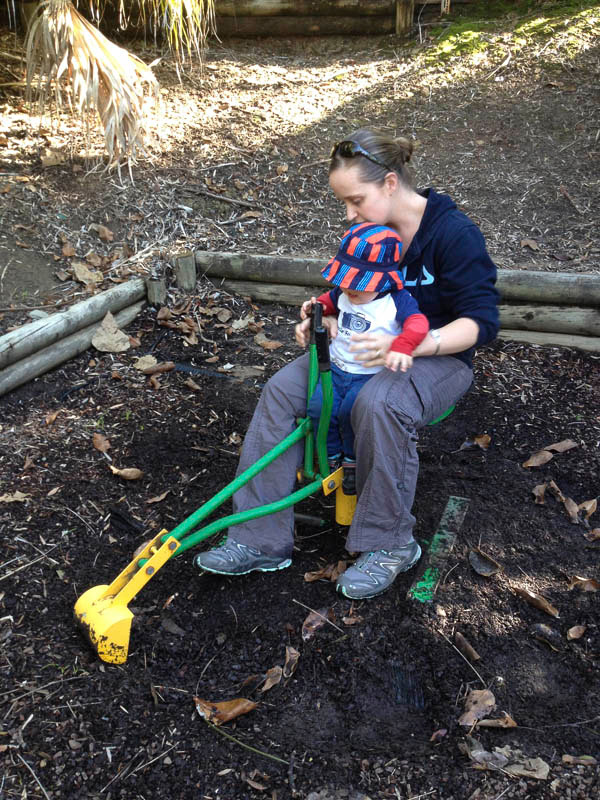 Later in the afternoon I was feeling better so I ventured to Long Jetty for sunset.  There were 3 other photographers there.  It was good to see a sunset, but I can never be pleased – a few more clouds would have been better.  There was some fairly low cloud which was moving quite quickly which lit up at sunset but it didn’t hang around for long.  I took a timelapse and 2 film frames. 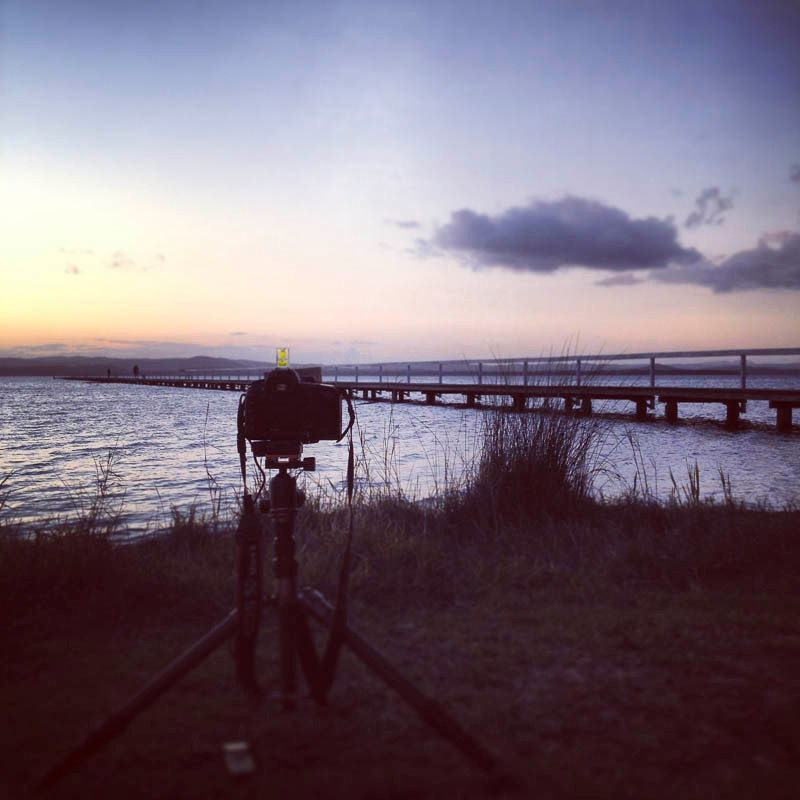 While I went out to photograph sunset H and Cecily went for a walk to Avoca Beach. 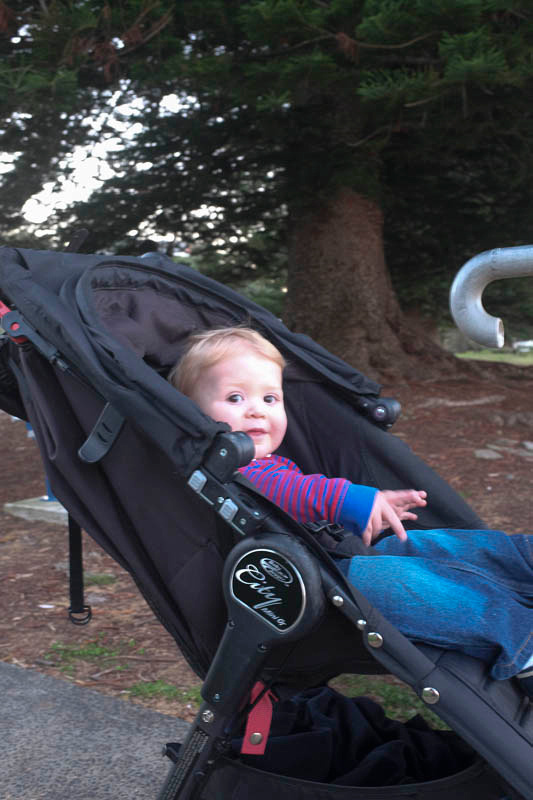 Editors note: With a view to ensuring we don't run out of internet data I have reduced the image size and quality for today's blog.