Well today marks day 7 of our trip and I would say that it would have to have been the best so far!

It started this morning with my alarm going off at 5:20am in preparation for a sunrise shoot at The Skillion at Terrigal.  When I arrived there conditions looked a bit flat but it wasn’t a total ‘cloud out’ so I put my gum boots on and ventured out to photograph.  I mainly did some digital seascapes. 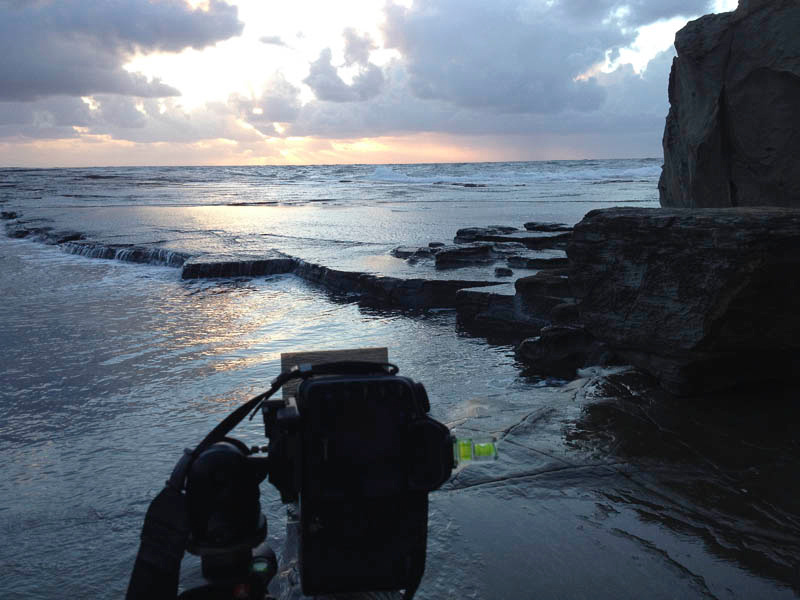 The sun did pop out and light up The Skillion so I took a few film frames.  (The towel is to stop sea spray). 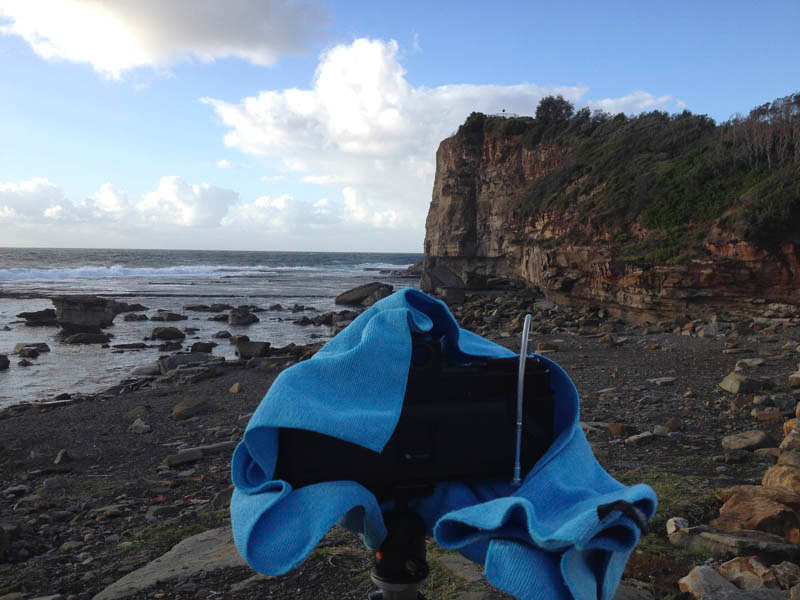 Cecily messaged me asking me to get eggs on the way home to make pancakes…so I did.  I put in the satnav to find the closest store.  It directed me to North Avoca general store.  When I got there I purchased some milk and some maple syrup.  When I walked out of the store there was a huge rainbow in the southern sky, so I jumped in the car, drove to the beachfront, jumped out and raced across the sand to get a shot.  I set up and fired off a frame all before the rainbow disappeared!  I was pretty happy I was able to capture this.  (I took the iPhone shot below a bit later once it had faded). 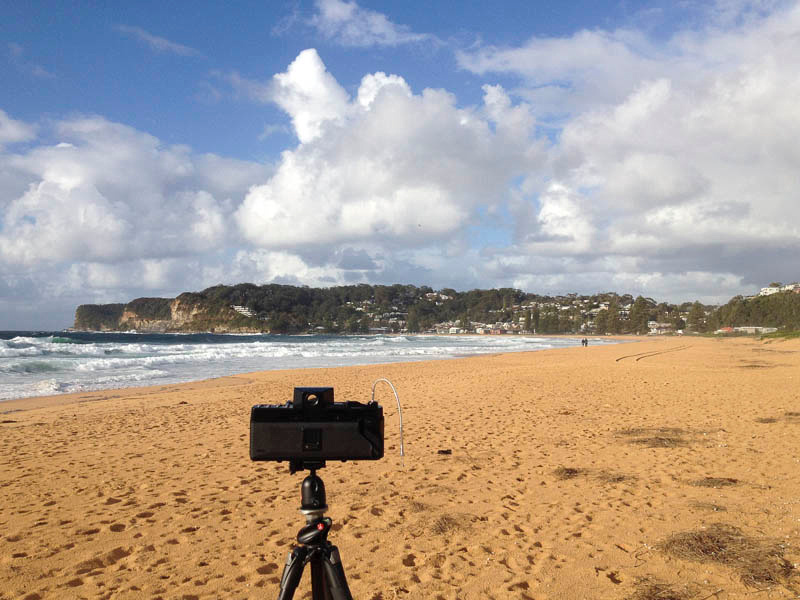 I ventured home and Cecily made pancakes. 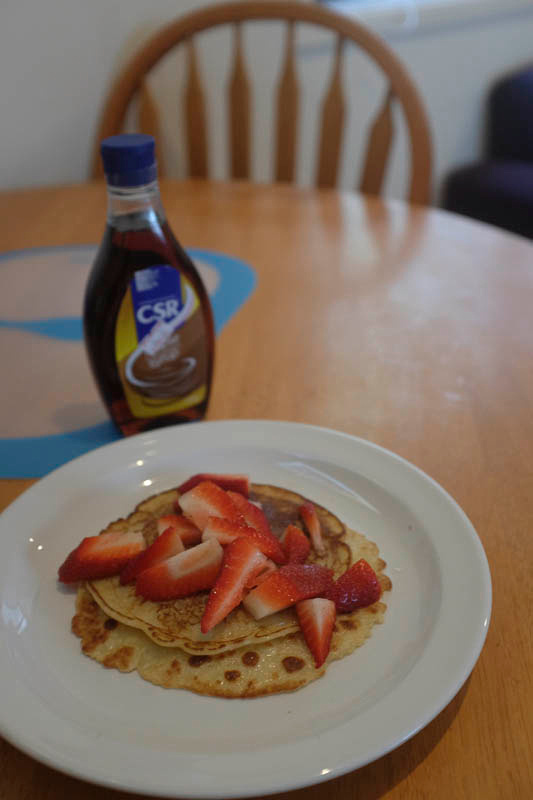 Harry decided he wanted to play in the mop bucket! 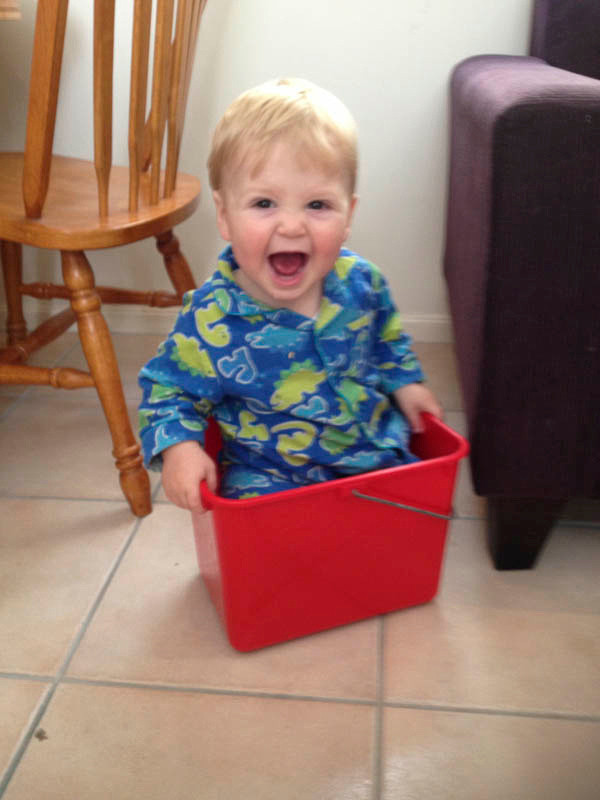 We headed out to Ken Duncan’s gallery this morning.  He has some great images!  It was awesome to have a look around.  We bought a coffee and something to eat. 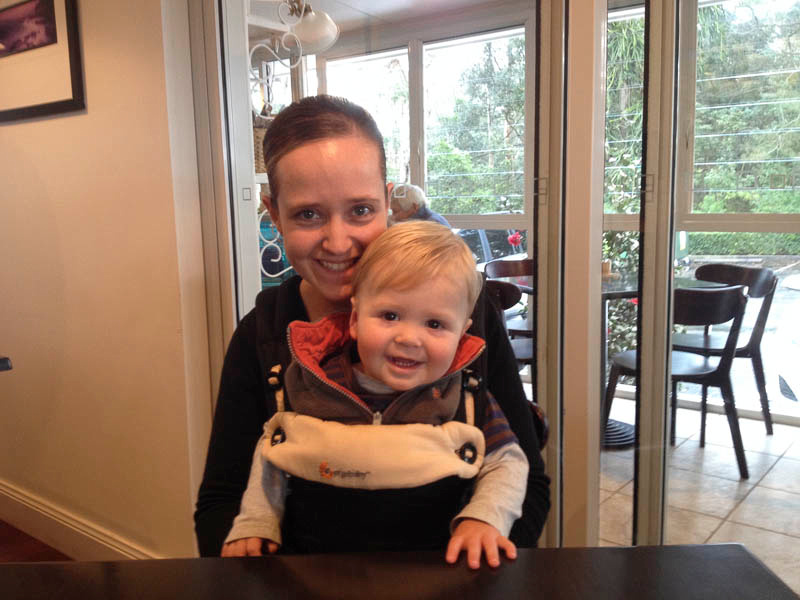 We talked to one of the staff there for 15 minutes or so.  She was very helpful.  We bought a few things there and then headed to Somersby Falls.

As was typical, it was quite sunny while we were at Somersby Falls!  The flow of the water due to all of the rain meant the falls were gushing.  The water in the main falls was all brown and although it looked and sounded magnificent it wasn’t really photographically magnificent. I took a film frame of a small water flow on the track.  Harry had fun playing with the water falling down the walls along the path. 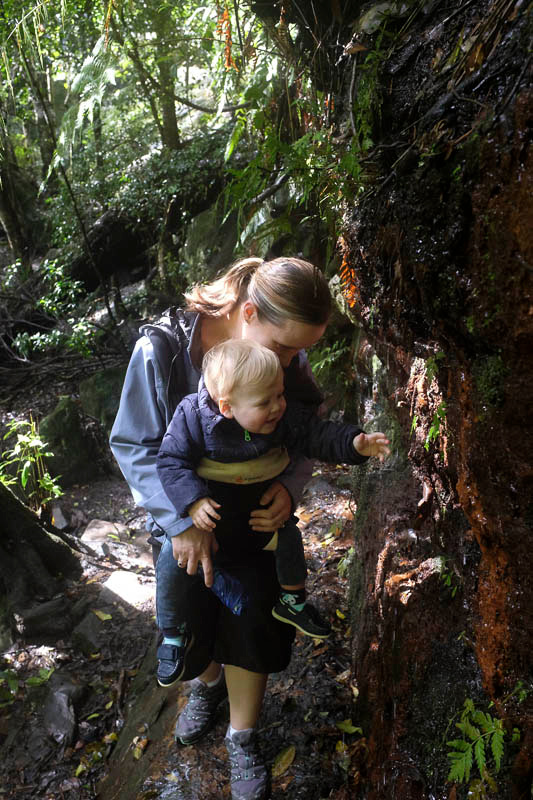 These walls looked pretty cools with shades of reds, greens and water sparkling. 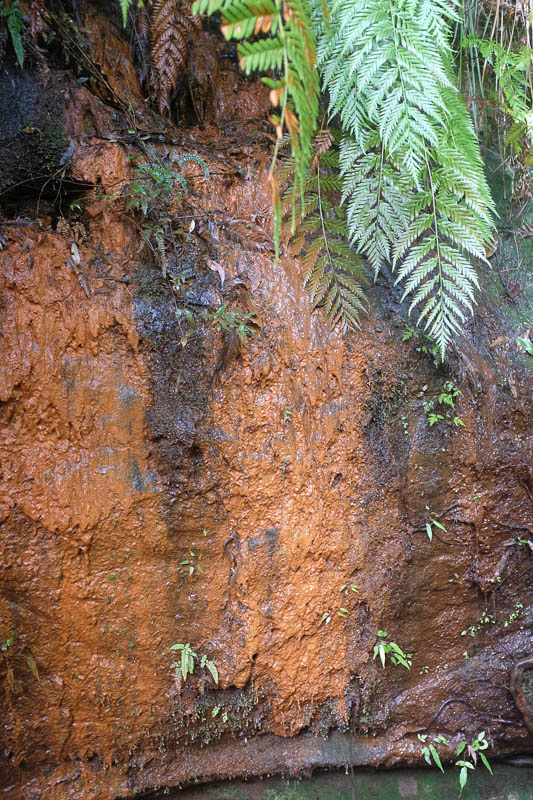 As we were walking back up to the car we came across a small fall off to the side which I took a few photos at. 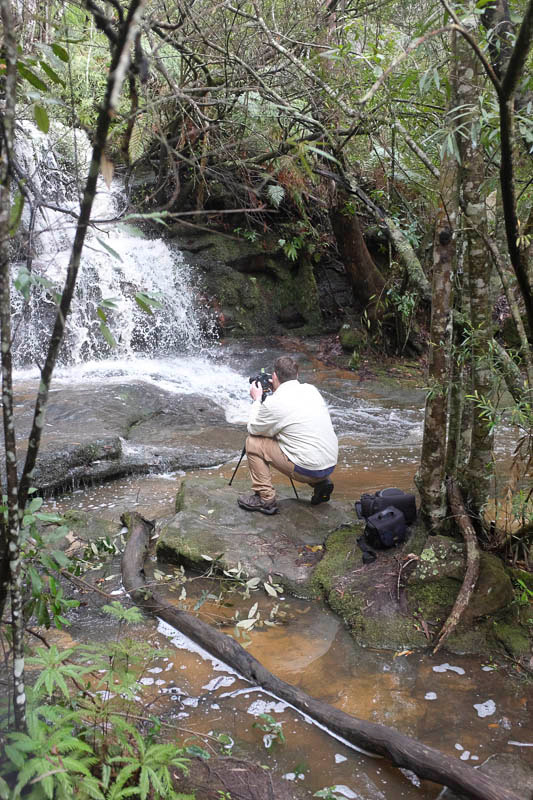 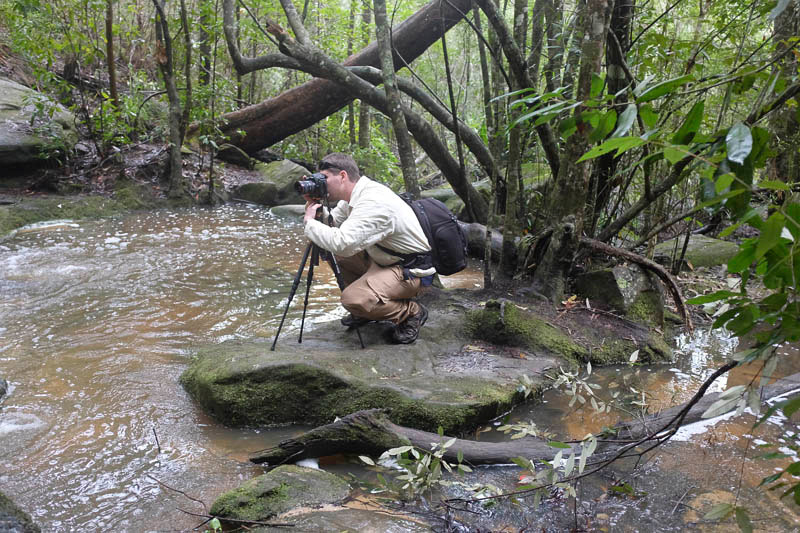 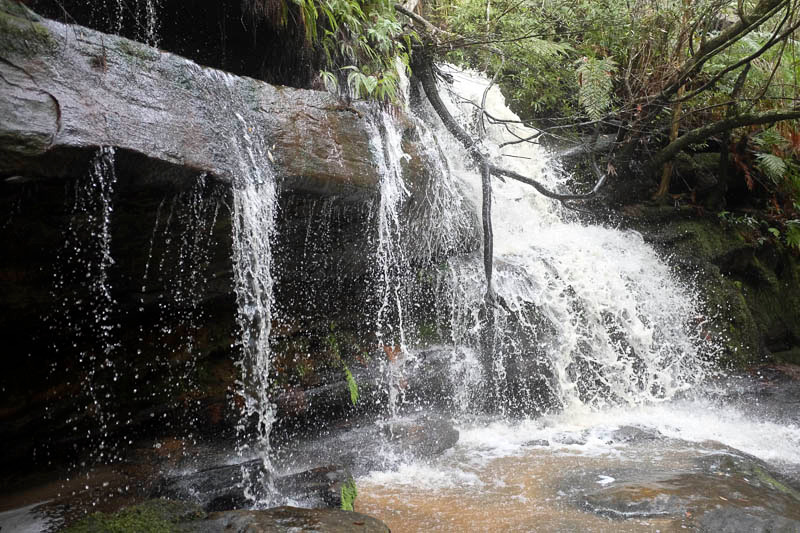 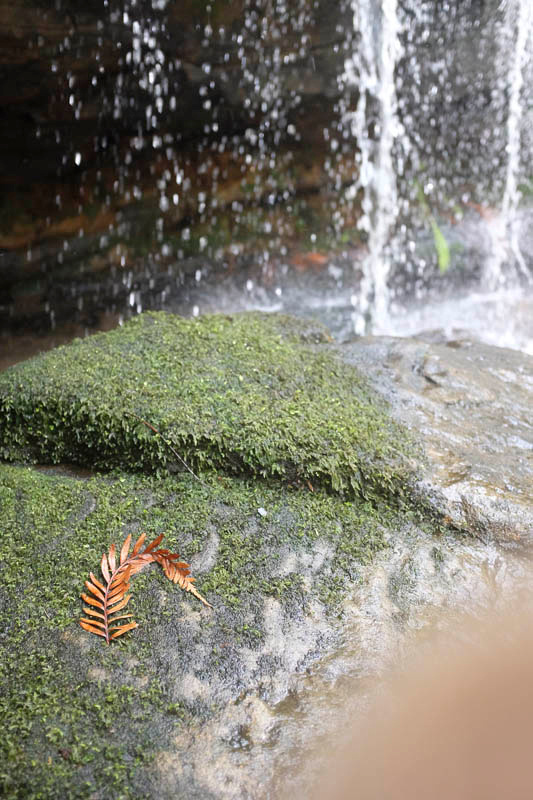 When we left Somersby we were quite hungry so we went to a café we found back closer to Gosford.  Harry had a ham and tomato sandwhich.  Cecily had a salad and I had a burger. 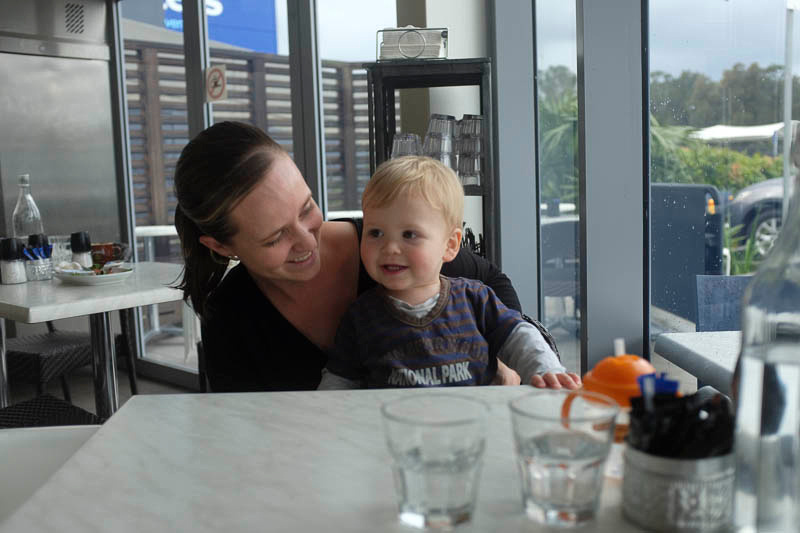 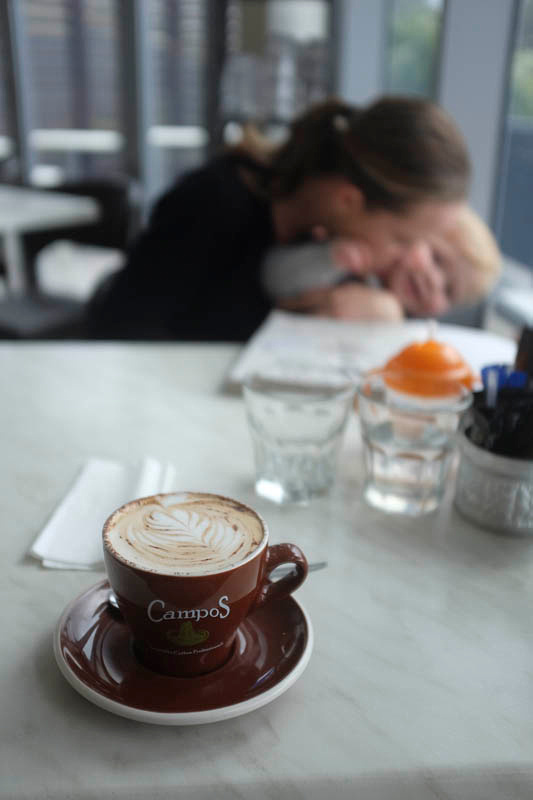 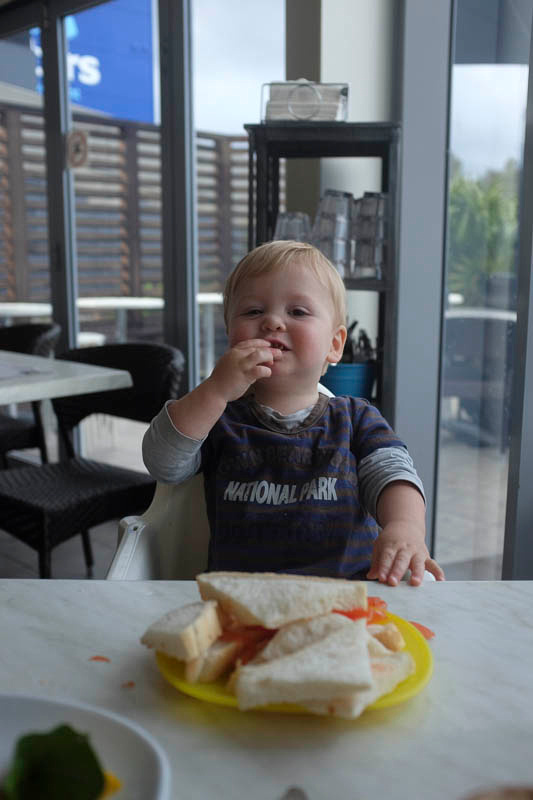 I noticed this morning that one of the light globes in the headlights was blown so we decided to go to Super Cheap Auto to have it replaced.  Unfortunately, they couldn’t replace it.  They suggest we go to a mechanic across the road…so we did!  It took about 15 to 20 minutes as they had to take the whole headlight section out to change the bulb.  In the meantime Harry played amongst the tyres. 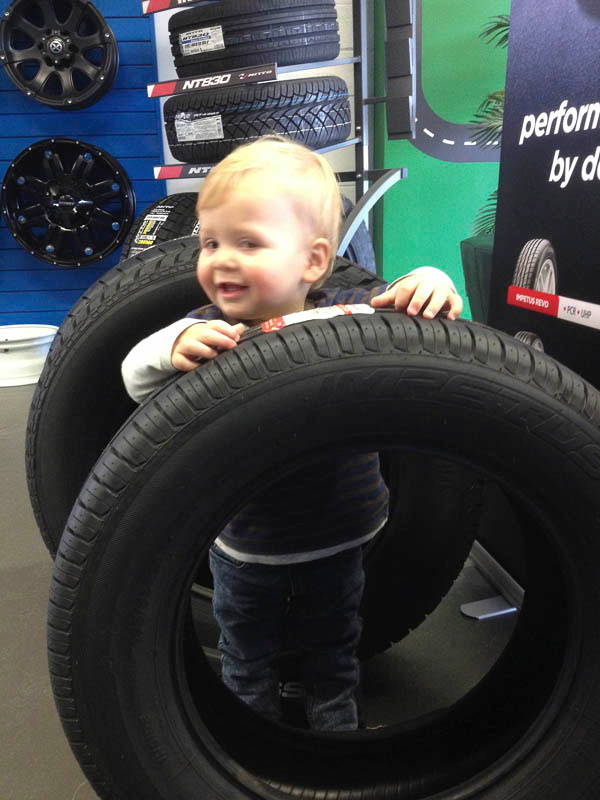 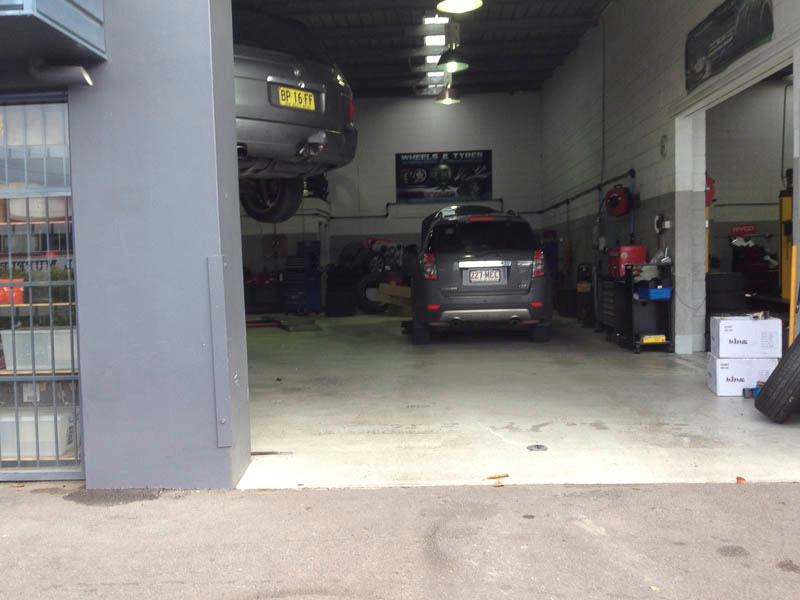 This unplanned delay meant it was close to 4pm and we were expecting to be well and truly home by 4pm!  We drove past Brisbane Water and Woy Woy on our way home.  We drove past the famous Paddy’s Oyster shack.  We were so fortunate that there was a rainbow there too!  I jumped out and took a few photos on my digital camera.  I didn’t have time to set up my film camera as there was no film loaded.  By the time I loaded film, the rainbow had gone.  We waiting about 15 minutes to see if it would come back out but it didn’t.  We headed home.

Paddy’s shot - I will have to upload once I have got to putting it on the computer!

I headed back out to photograph sunset/check out locations for sunrise in the morning.  I wanted to head to a place that the lady at Ken Duncan’s gallery had suggested.  Unfortunately it rained heavily for most of the journey…and it was 45 minutes!  I didn’t realise it was so far away.  Anyway, I took a quick shot on my iPhone and on the X100S.  It would be a great place for sunrise but I don’t think I’ll do it in the morning. 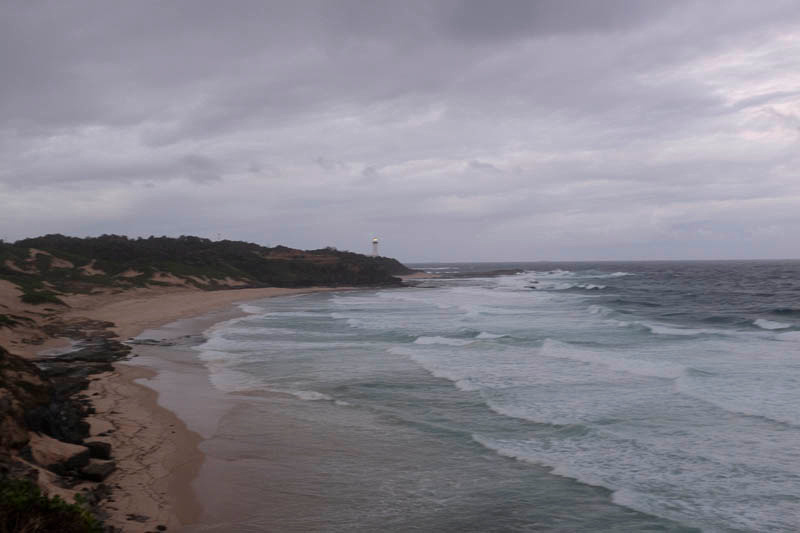 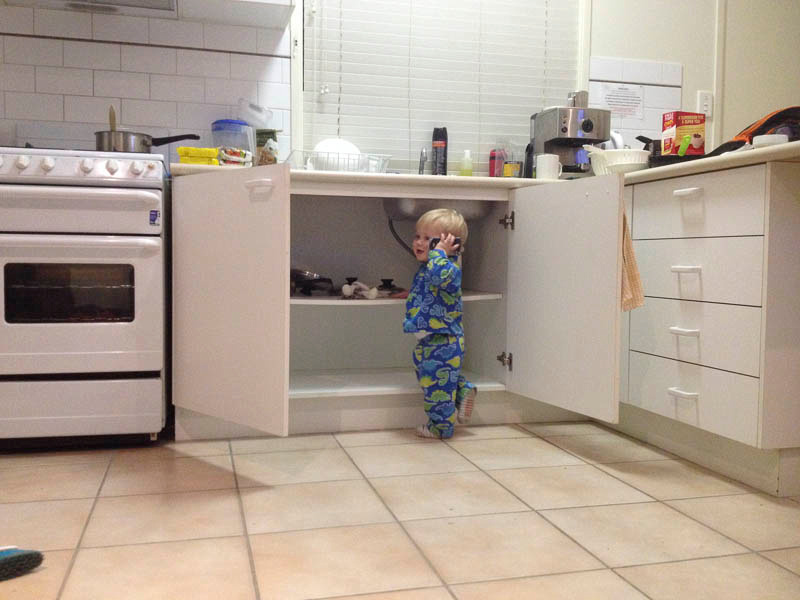 Celia Canning(non-registered)
Is this a holiday or a tour of the coffee shops of NSW?
No comments posted.
Loading...
© Martin Canning
Powered by ZENFOLIO User Agreement
Cancel
Continue