Well I need to rinse and repeat the statements that I’ve said about sunrise from the last two blog posts.  Harry woke around 6am (just before) and it was super cloudy and overcast.  It was also raining so I did not venture out to photograph.  We decided to get ready and head to Urban Espresso Lounge.  This is a café which is close to where we are staying and offers Rice milk coffee, so we went there.  Harry helped Cecily choose what to get. 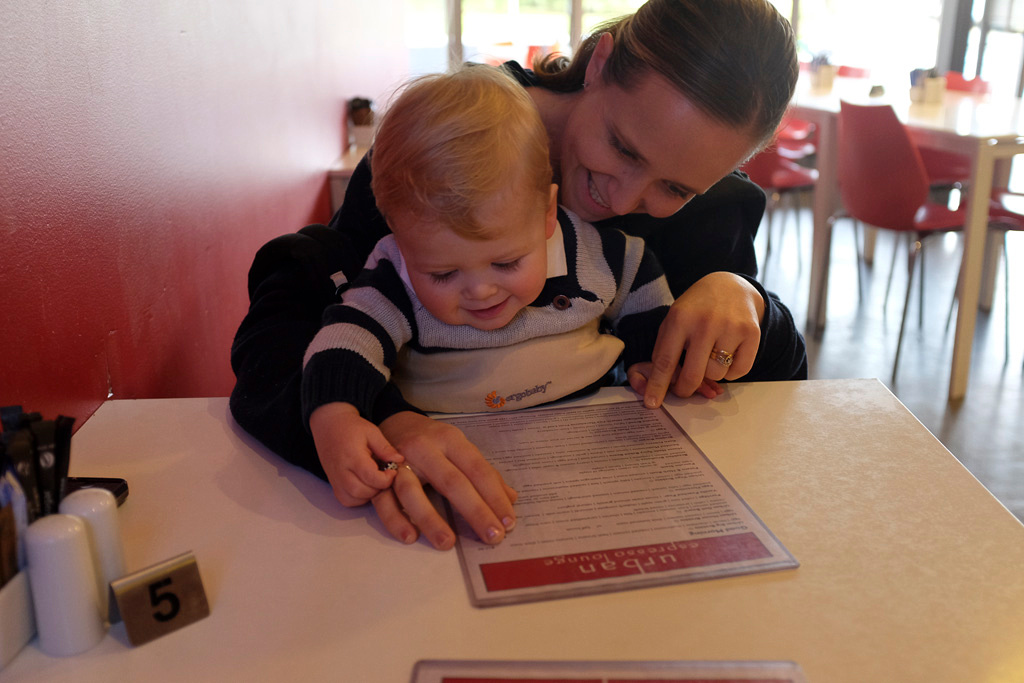 I had a board of mixed deli goodies.  Cecily had the special.  It was great! 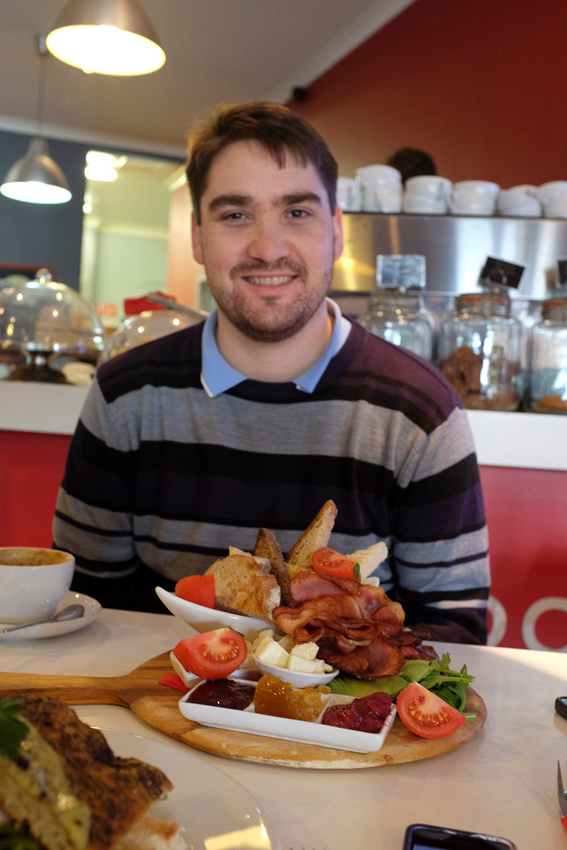 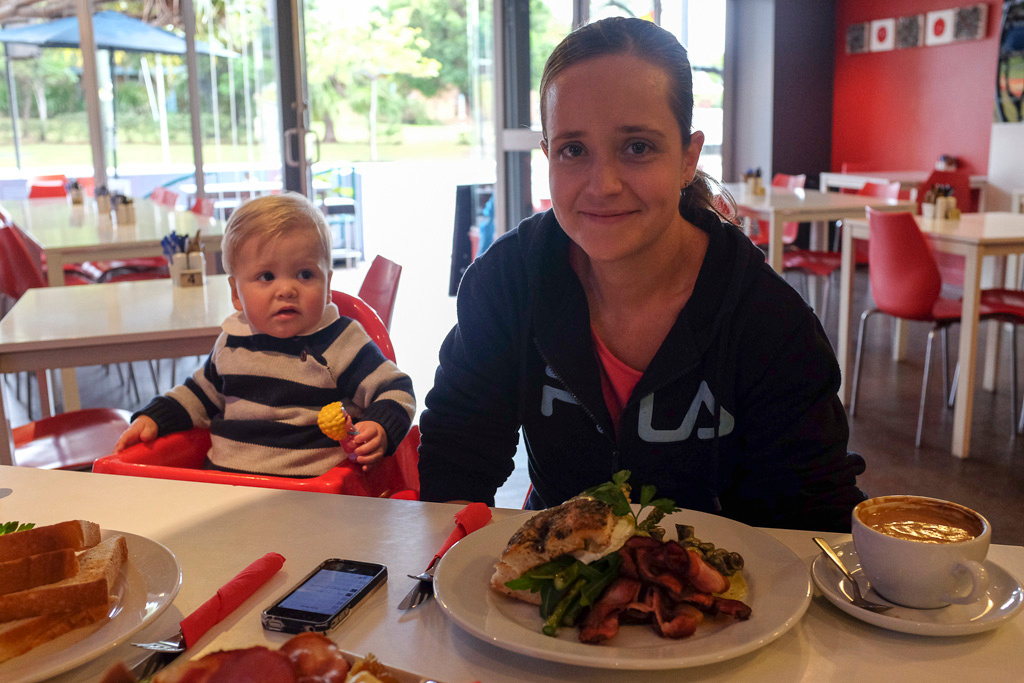 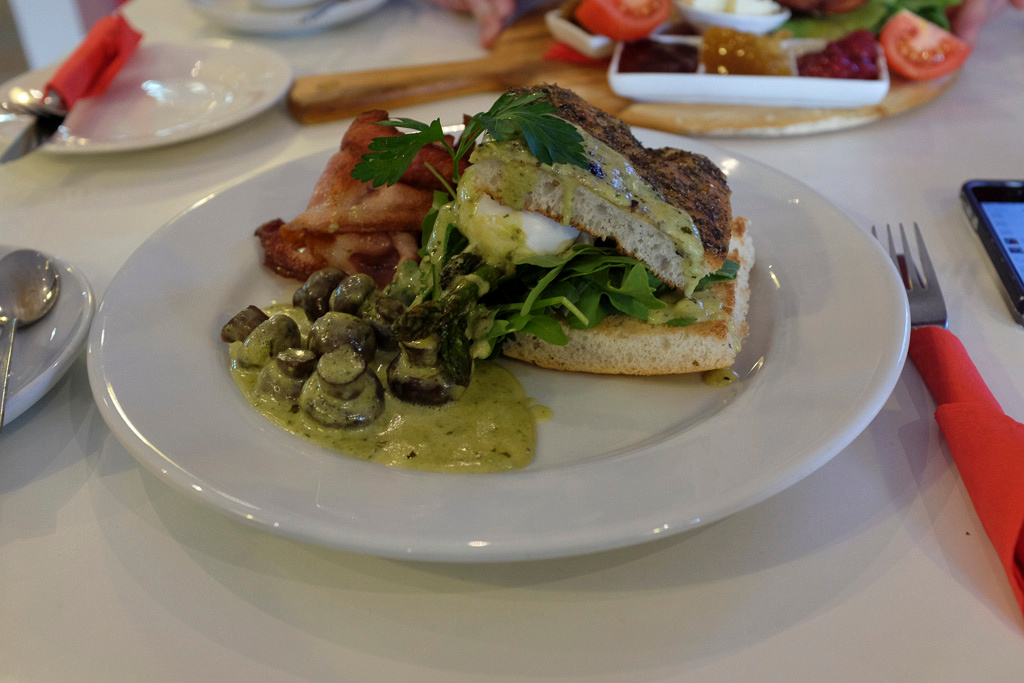 We noticed the weather started to clear so we headed to Sawtell.  We were surprised at home much sunshine there was!  There was clear blue sky above us and cloudy dark threatening clouds all around but it was fine and sunny from 10:30am until 4pm!

While Harry was asleep in the car during our travel to Sawtell, I stopped off to grab a quick film shot of the river meeting the ocean.  Cecily took this snap of me.

She also took these neat shots of the clouds and tree from the car. 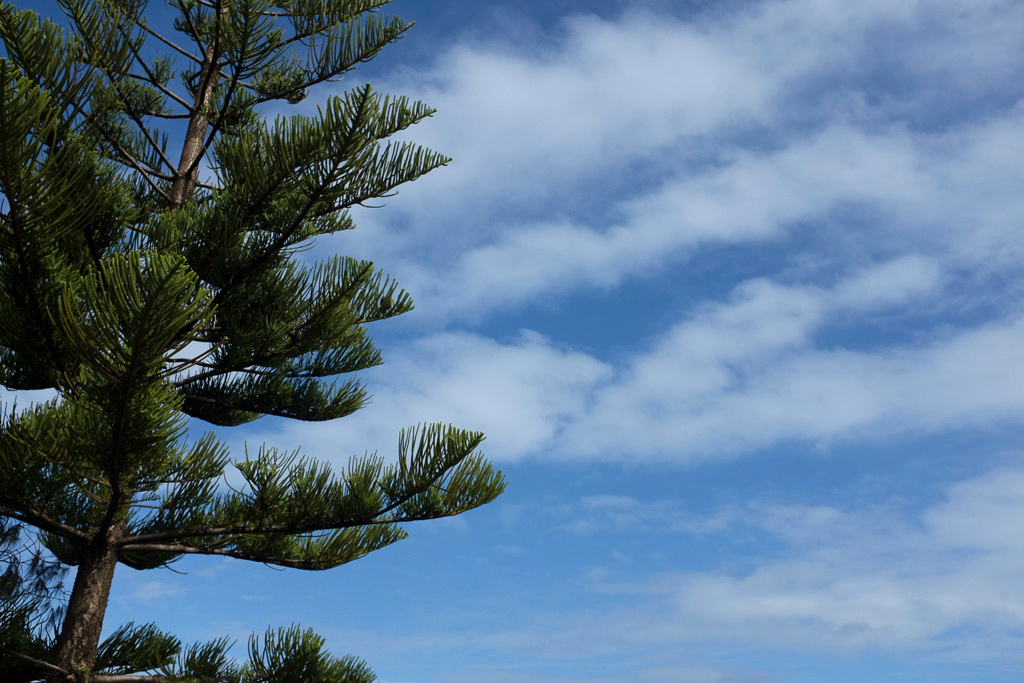 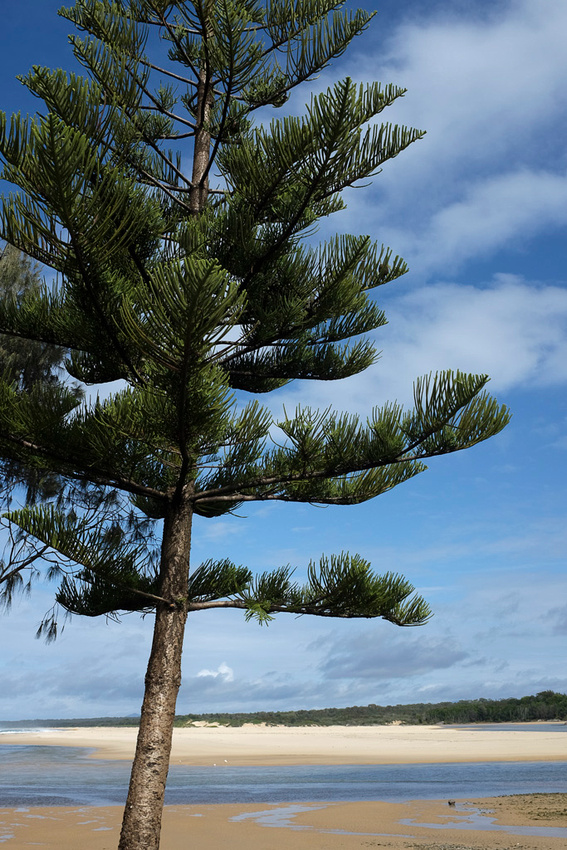 We went and checked out the beach pool and rocky formations they have at Sawtell and it looked like there was an injured bird taking cover there.  A Park Ranger was there who looked concerned. 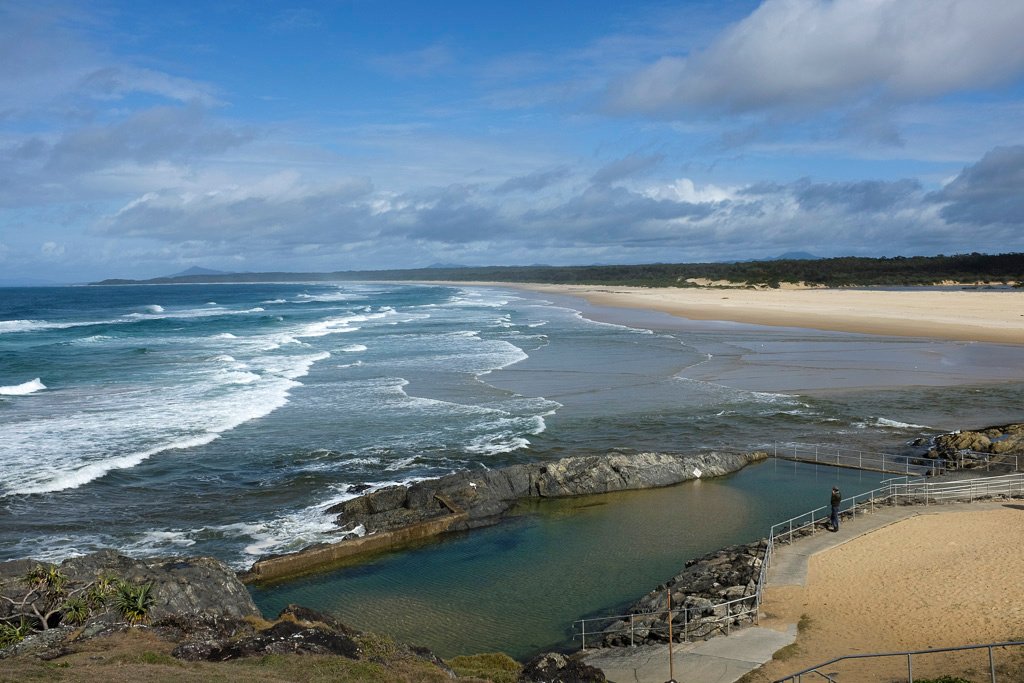 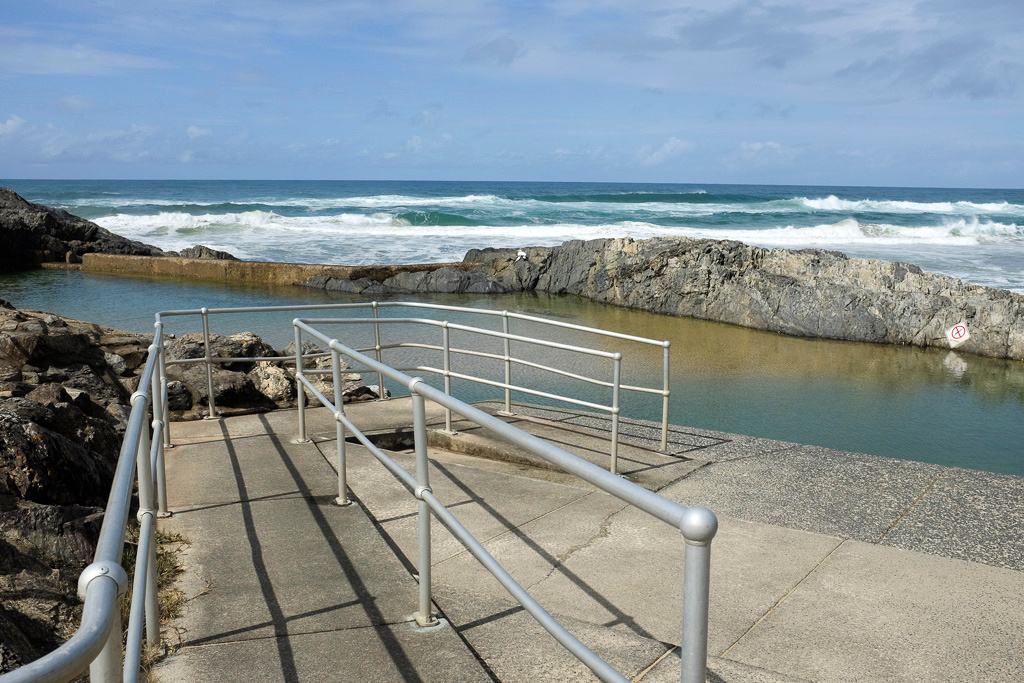 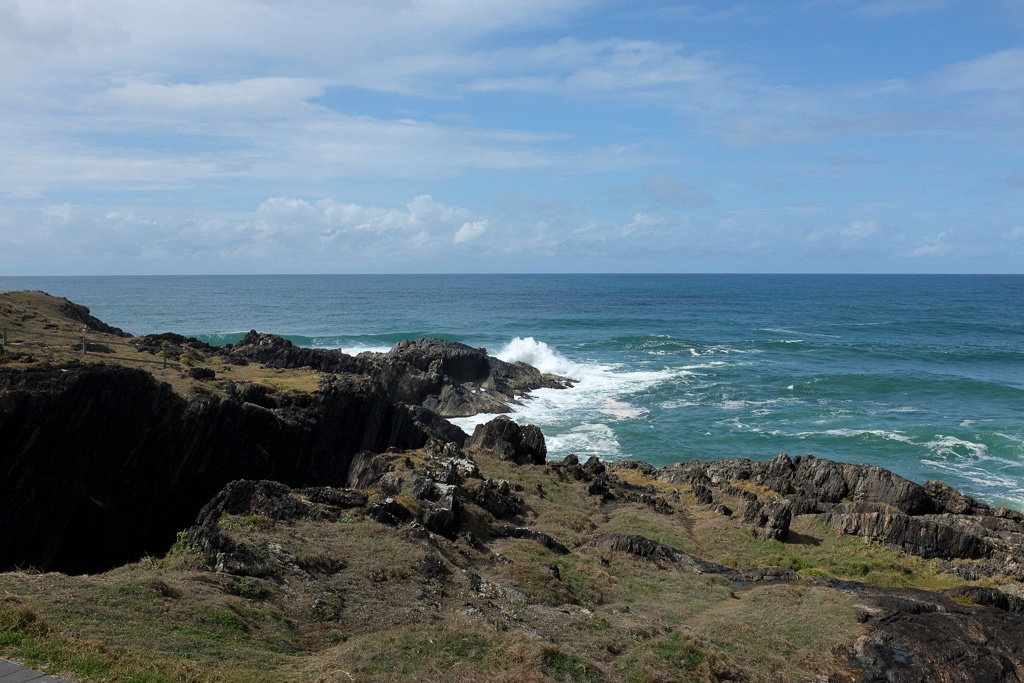 We went to the top of the headland and ate morning tea as well as allowed Harry to fun around. 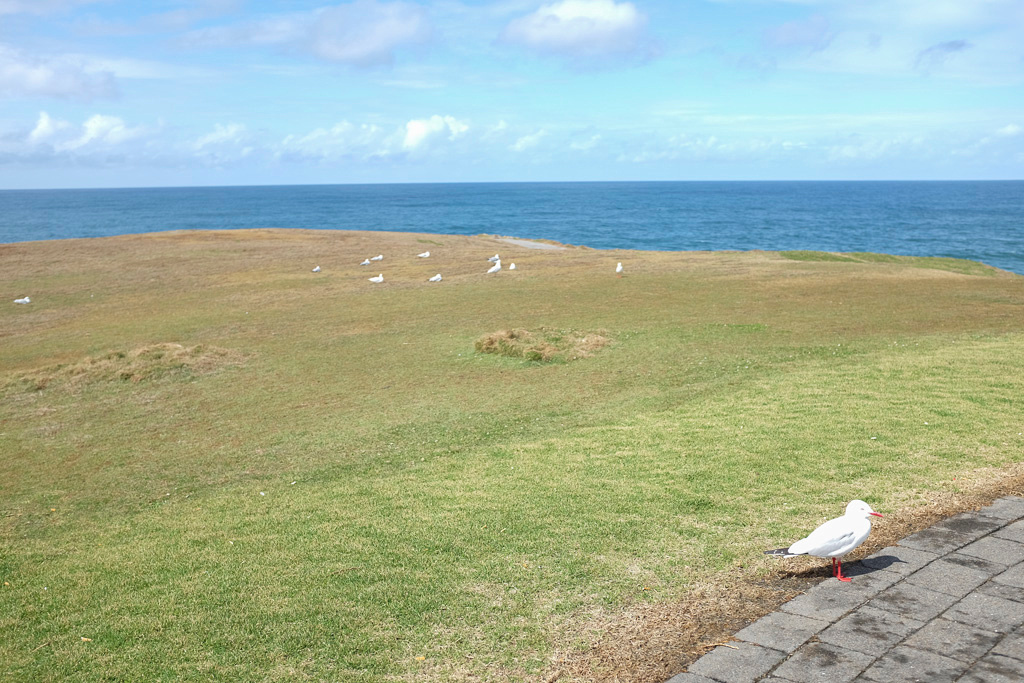 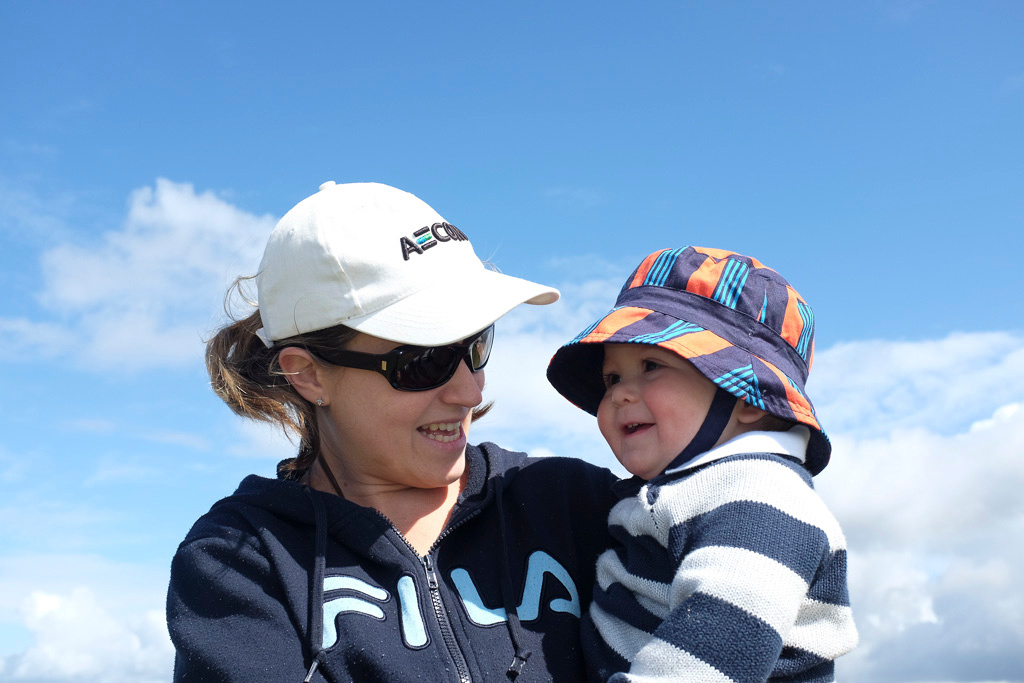 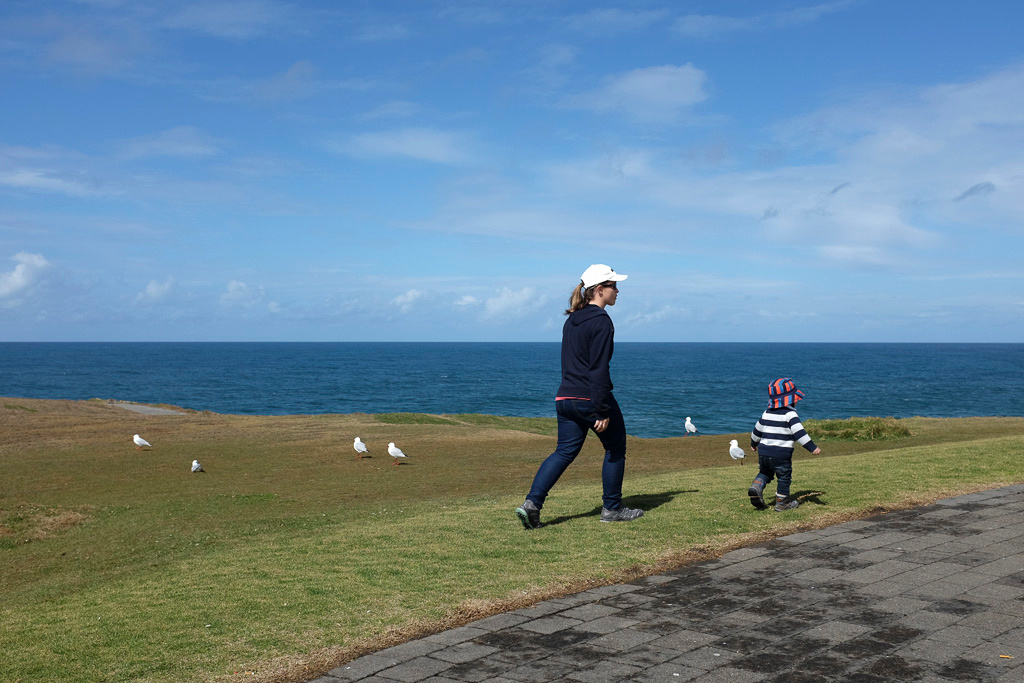 We drove to the surf beach at Sawtell and let Harry have a run around on the sand.  He had so much fun.  He loved to pick up the small rocks and put them in his mouth.  He liked to try to eat the sand also! 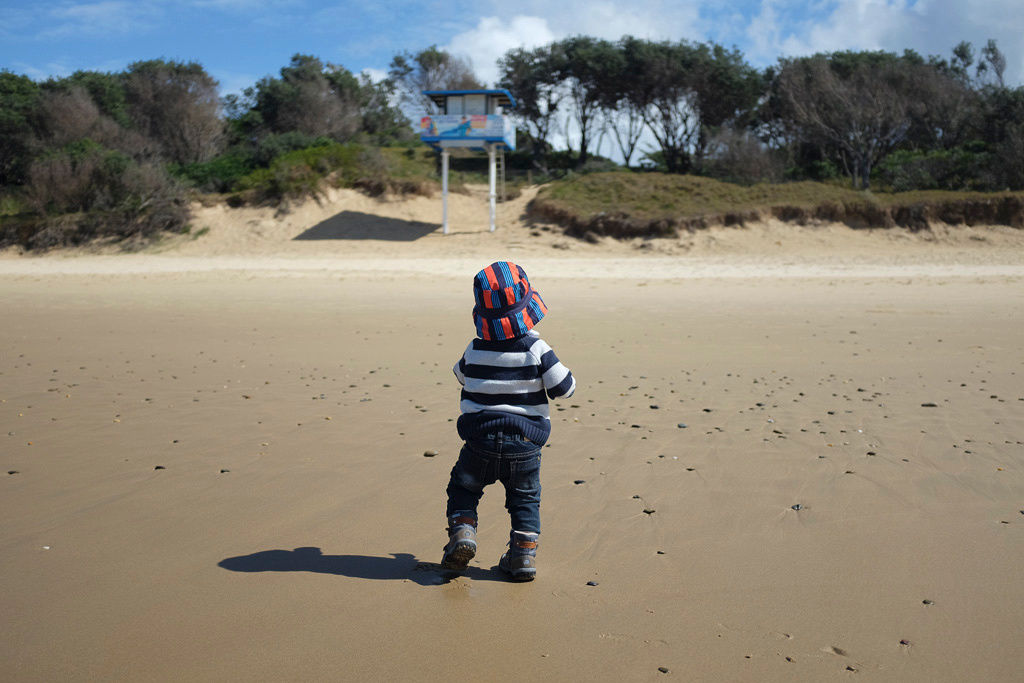 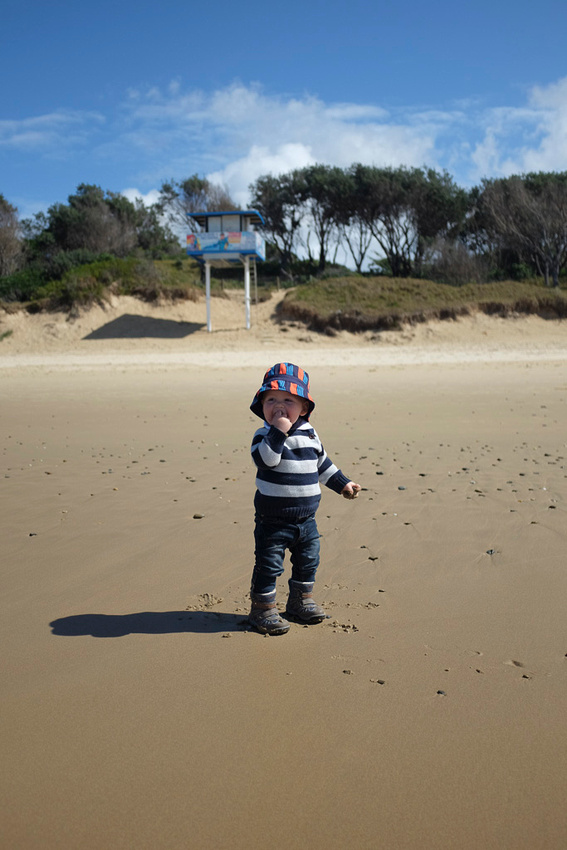 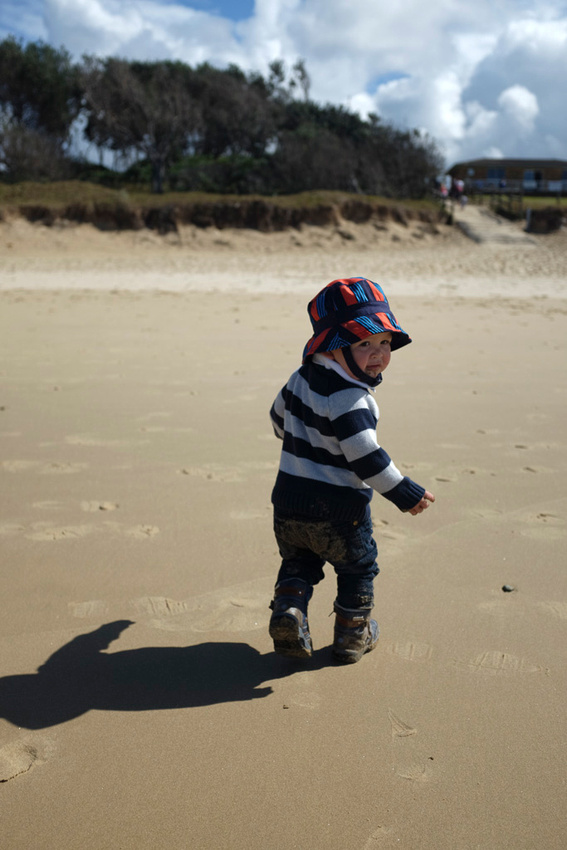 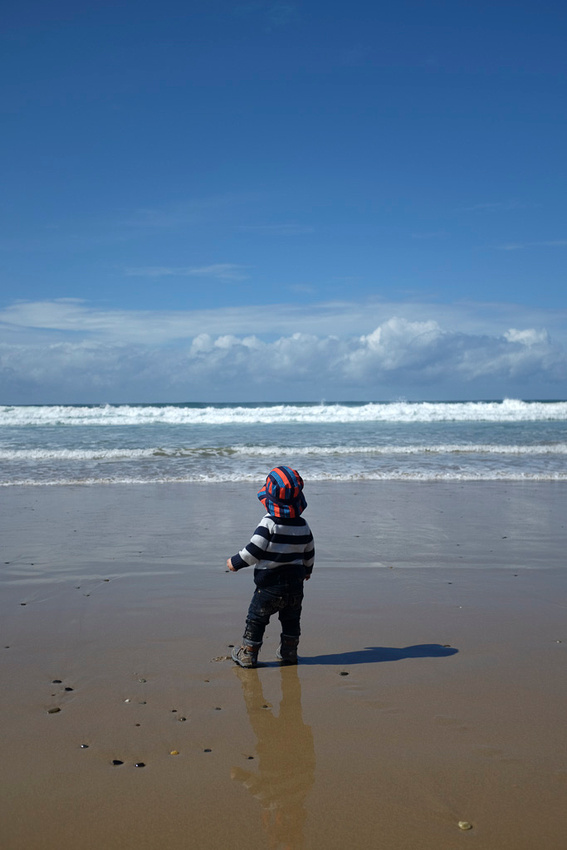 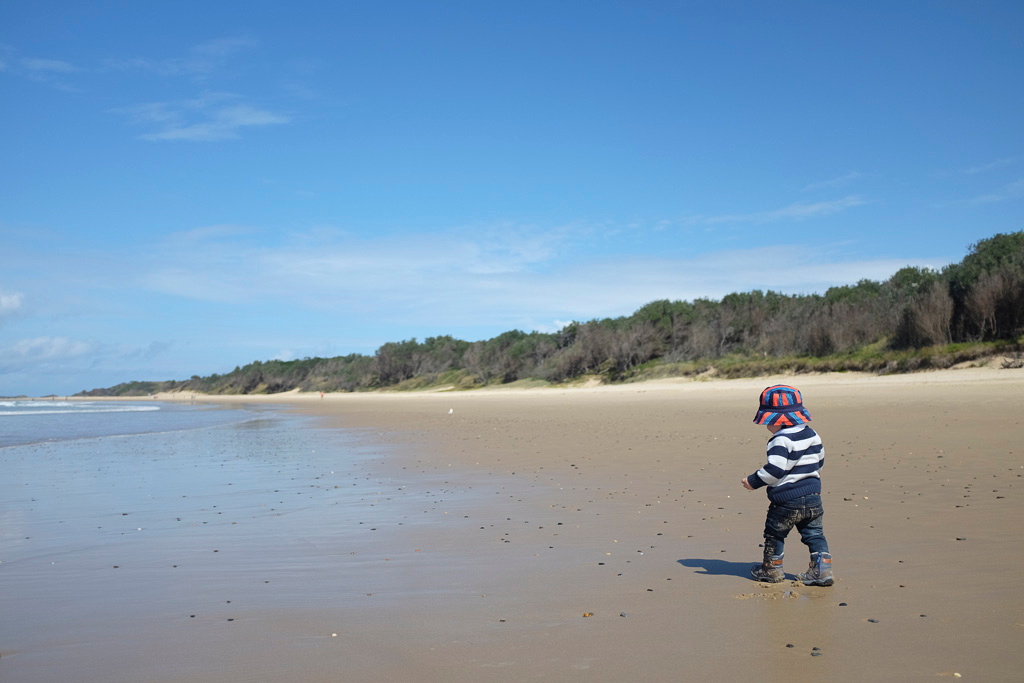 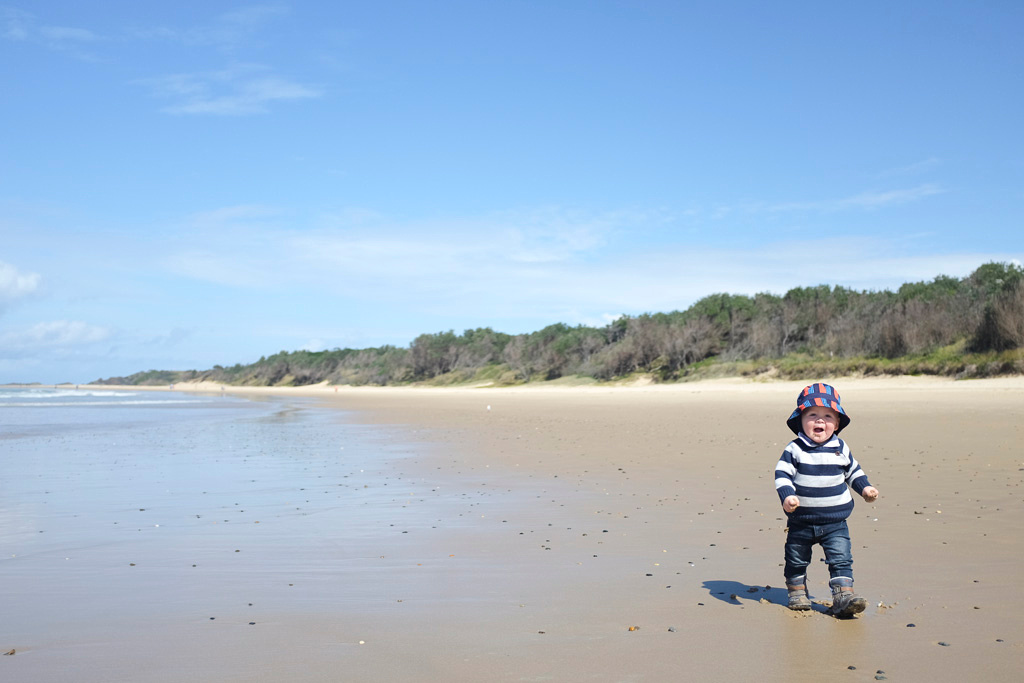 We went for a walk along the main street in Sawtell, then got some fish and chips for lunch.  We ate them overlooking the beach. 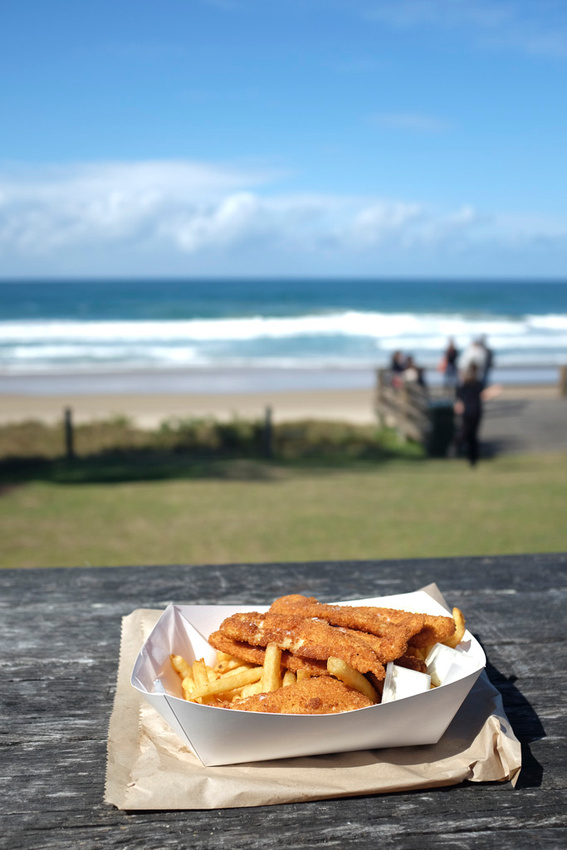 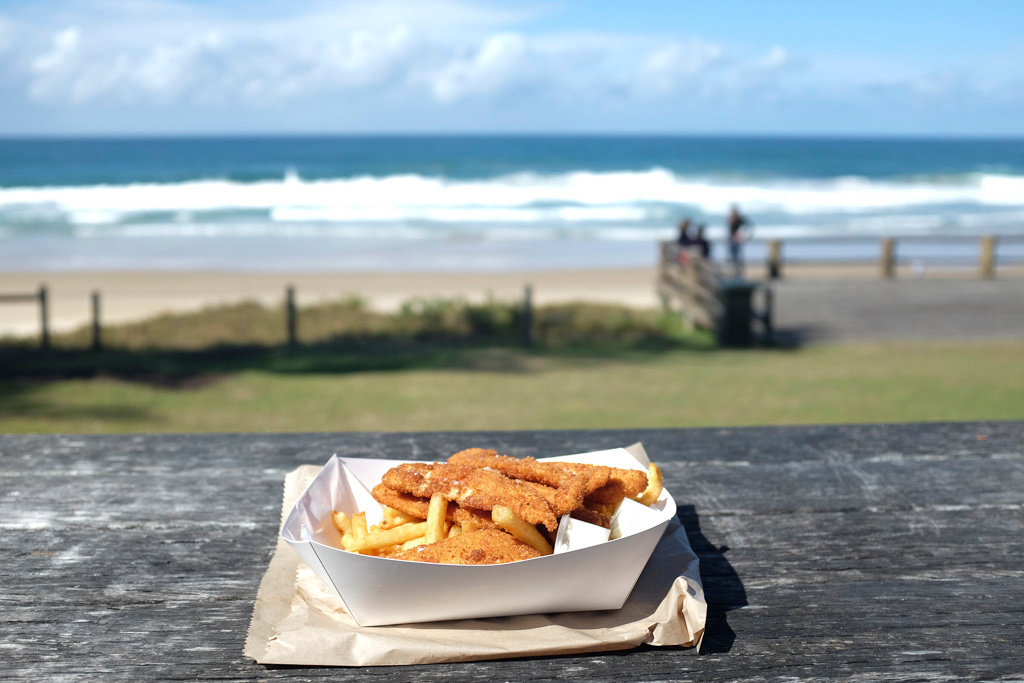 We headed home so we could all have a sleep and then ventured to Mutton-Bird island.  The sunset looked like it could have been promising so I took all my camera gear with every intention of taking a film frame…but the sunset I was exepecting didn’t eventuate so I saved the $5 and opted to put my gear away without pressing the shutter.  I did take an iPhone shot though! 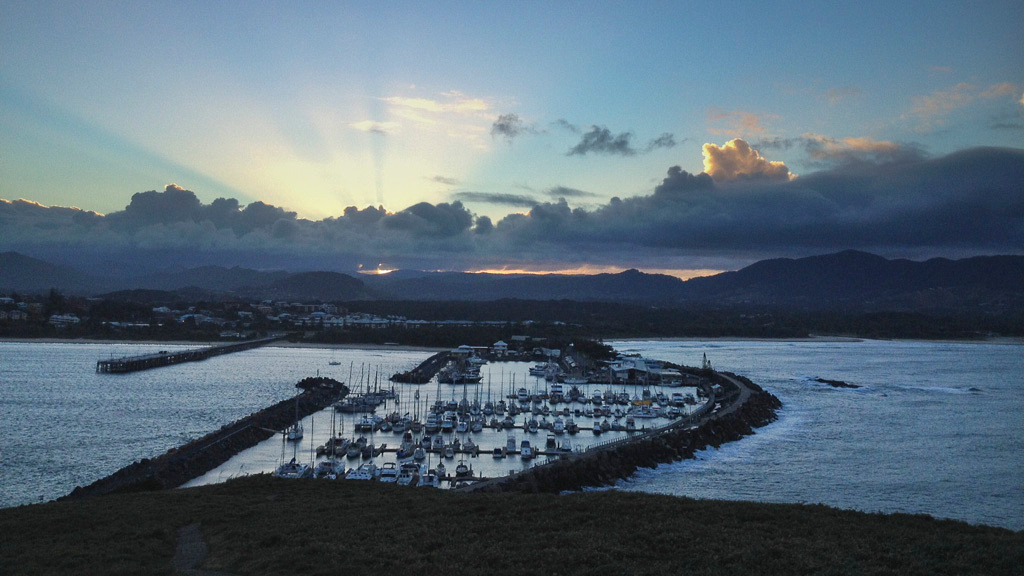