Well it is that time of year again here is Brisbane - Brisbane Festival!

For the last few years I have headed down to South Bank and watched the Santos GLNG City of Lights.  This year was no different.  Each year I have tried a different idea to capture this unique light show.

The first year I took a single frame at twilight and then some images during the light show and I chose the best two and 'exposure blended them'. 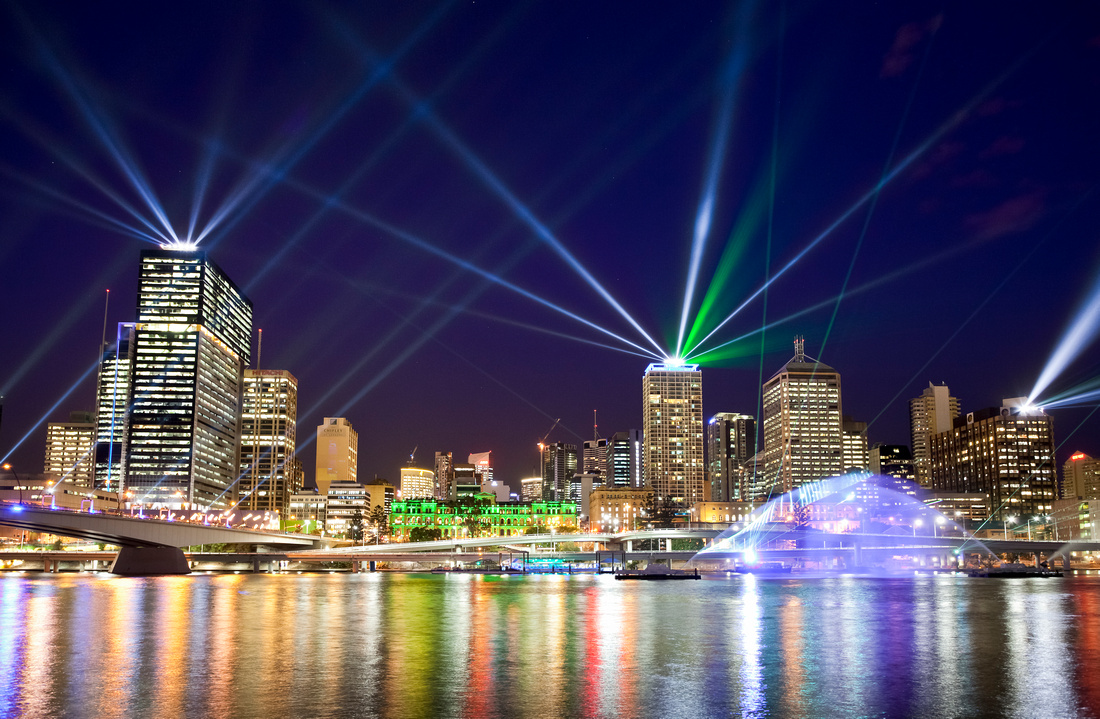 This image is a blend of two images - one at twilight and the other during the light display.

The second year I met up with my mate Chi and we set up two camera's and each took and exposure blend and then we merged them to create a panoramic exposure blend.

This year I had a slightly different idea. I thought 'why don't we try to get a wider shot and set up two camera's and stitch the images together'. This is what we did.

I found it much harder to merge these shots this year. During the shot Chi's camera must have moved slightly so the images weren't aligned perfectly. I had to try to manually align them which was interesting. Also the auto exposure blend in photoshop didn't reveal good results so I did that manually too (for the first time ever!). So I learned a lot! I used PTGUI this time to merge the two shots rather than Photoshop.

This year we decided to head to above the Busway and capture some light trails as well as twilight and a shot of the Santos GLNG City of Lights display. 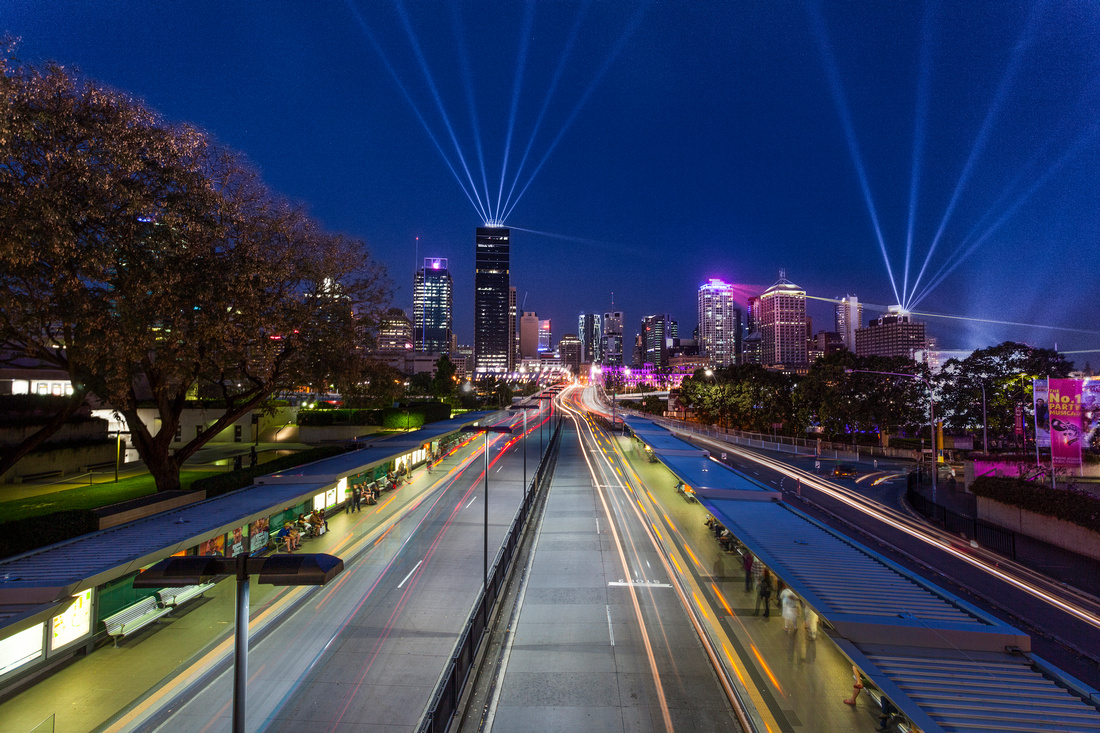 So how do you exposure blend?

Well, this is a question I ask myself every year that I go to do this sort of thing.....I rarely do it so I always usually just end up Googling it.  I use photoshop to do it.  One option is using the File --> Scripts --> Statistics option.  Then 'Choose Stack Mode' as Maximum.  Browse for the files you wish to stack and then see what you get.  This is how I achieved my image results from 2 years ago.  I got mixed results but finally ended with a decent image.

Another way to do it is File --> Scripts --> Load Files into Stack.  Then select the two files you wish to merge. 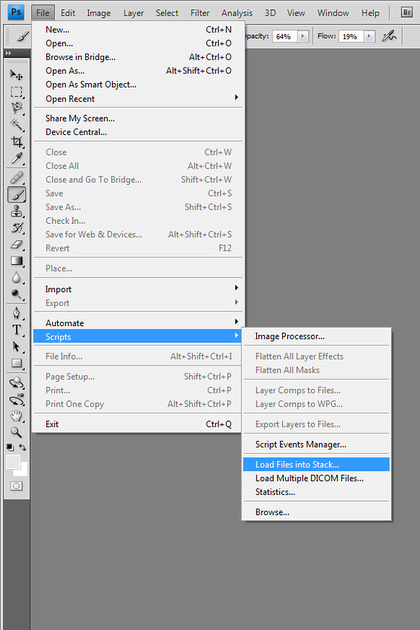 I always put the darker image (i.e. the image with the lights display as the top layer).  I then adjust the opacity of this layer to reveal the lights display but so I can still see the foreground from the other image.  In my case I chose somewhere between 30 and 40% but it may be different for each image. 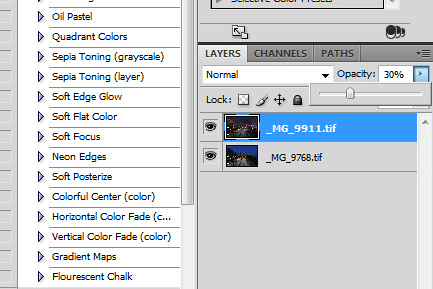 In this case I found that the foreground from the darker image is impeding some of the foreground of the busyway from the underneath layer so I then used a layer mask to mask out the top layer just on the bus way.  To do that choose the layer mask on the top layer and then choose a brush and choose the colour black.  Essentially you are choosing which part of the top image you don't want to be shown. 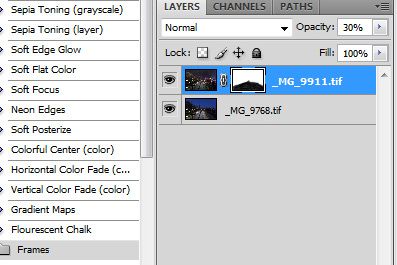 I find that the resulting image is a little flat so you could then either add curves/contrast/saturation layers in photoshop or save as a TIFF file and then import into Lightroom and make some adjustments there.  I usually do the second option as I find it easier.

The image above is actually a blend of three images.  I liked the sky colour of one, the lights of another and the bus light trails of a third.  I did this by exposure blending two of the images and then exporting it.  I then put that file into a stack with the one I liked the foreground of and just used the layer mask tool to 'paint' in my desired foreground.

I'm sure there are plenty of other ways to perform exposure blending so share you tips below!